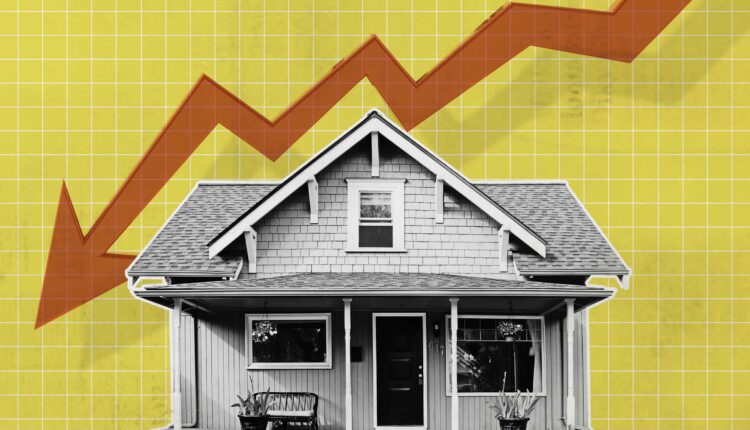 Home values decreased for the first time in a decade, according to Zillow, and that’s just one of several signs it’s finally getting easier to buy a house.

The Zillow Home Value Index dropped in July for the first time since 2012, according to new data from the real estate website. The index, which uses Zillow data to measure the value of a typical home, fell 0.1% on a monthly basis. That represents a $366 decline and brings the typical home value in the United States to $357,107.

That decrease may not seem like a lot (home values are still significantly higher than they were last year and the year before), but it’s likely a welcome relief for buyers who have been struggling in the red-hot market.

Olsen attributed the slowdown in price growth to rising mortgage rates, which forced many prospective buyers out of the market as the cost of buying a home shot through the roof. Data released last week by the National Association of Realtors (NAR) showed that sales of existing homes (not new construction) were down 20% on an annual basis in July thanks to soaring borrowing costs.

Of course, the dip in the housing market isn’t happening equally across the country. Home values fell in 30 out of the 50 largest metro areas, according to Zillow. The biggest declines were in San Jose, California, where home values dropped 4.5% on a monthly basis in July.

Phoenix and Austin, two of the hottest housing markets during the pandemic, saw declines of 2.8% and 2.7% respectively. San Francisco also saw values fall 2.8% in July.

On the other hand, Miami saw the largest monthly gains in home values, with an increase of 1.5%.

What’s next for the housing market?

Experts say the changes in the market are a sign that the pandemic housing boom is coming to an end.

“As prices soften,” Olsen said, “many [buyers] renew their interest, and we will continue our progress back to ‘normal.’”

NAR Chief Economist Lawrence Yun also expects the market to normalize in the coming months. “Home sales may soon stabilize since mortgage rates have fallen to near 5%,” he said in a statement, “thereby giving an additional boost of purchasing power to homebuyers.”

Olsen added that the number of buyers waiting for a more “normal” market means that home prices will probably level off or decline only slightly. So homeowners don’t have to worry about losing all the equity they’ve gained during the pandemic.