Xiaomi Pad 5 10-point rough cut: Everything to know about Xiaomi’s first tablet in India in 7 years 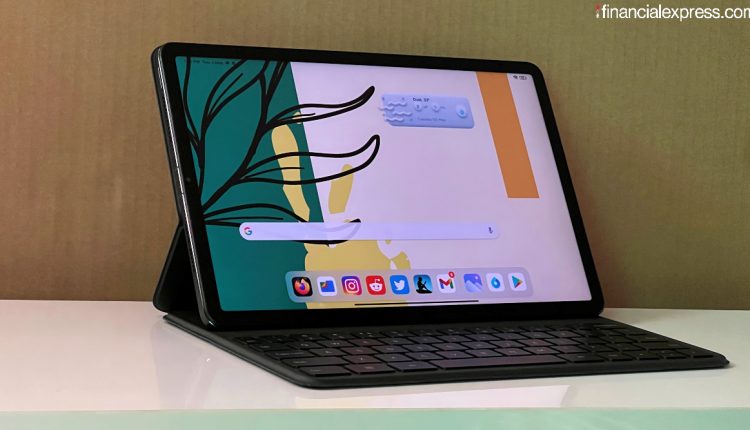 Xiaomi Pad 5 has officially been launched in India. A tablet like this has been a long time coming on many levels and it is a gadget that “Mi fans” have been waiting for with bated breath. This is Xiaomi’s first tablet in India in seven years. The Mi Pad is the one and only tablet that it ever launched here, previously, and that too came way back in 2015.

The Pad 5 boasts of a sleek design, fast display, powerful chip, and a big battery with fast charging support baked in. In typical Xiaomi fashion, the tablet is fairly aggressively priced, too. Xiaomi Pad 5 price in India starts at Rs 26,999. The Pad 5 was initially launched in China last year. This tablet also has a “pro” model, but Xiaomi is not bringing that to India at the time of writing. Another thing to note about the Xiaomi Pad 5 is that it is only available with Wi-Fi. There is no cellular option like, say, the iPad.

We have the Xiaomi Pad 5 in the house and while we work on our full review to give you a broader insight into its hits and misses, here’s a quick 10-point run-down of Xiaomi’s long-awaited Android tablet. Its specs, features, and everything you need to know.

Xiaomi Pad 5: Everything to know

1. The Pad 5 has an 11-inch 2.5K LCD display with a fast 120Hz refresh rate. The panel supports 10bit colour depth and a TrueTone feature – like the iPhone and iPad – to automatically adjust the colour temperature on the basis of ambient lighting.

2. For what’s clearly a budget-oriented device, the Xiaomi Pad 5 punches above its weight class by offering Dolby Vision and HDR10 playback. We can confirm that this works on apps like Netflix, right out of the gate.

4. The core hardware is also quite powerful especially for the low price. The Pad 5 has a Qualcomm Snapdragon 860 chip. This is paired with 6GB of RAM and up to 256GB of UFS 3.1 storage. This is not expandable, though.

5. An interesting thing to note about the Pad 5 is that it is the first Xiaomi tablet to come with dedicated “MIUI for Pad” for software. Spilt screen and floating windows are supported. Moreover, the tablet is as clean as a whistle – from Xiaomi standards –when it comes to bloatware and spammy notifications. There is no GetApps –which is the default app store in Xiaomi phones—either. Sadly, MIUI for Pad is still based on Android 11 with no clear-cut information about future updates.

6. For photography and video calls, you get a 13MP rear and 8MP front-facing camera in this tablet.

7. Rounding off the package is an 8,720mAh battery with 33W fast charging. A complaint charger ships in the box.

8. The Pad 5 has a sleek metal unibody design that weighs only 511g and measures just 6.85mm. It looks premium from every perceivable angle and comes in Cosmic Gray colourway. There is no fingerprint scanner in this tablet, though.

9. The Xiaomi Pad 5 is compatible with first-party accessories including a smart magnetic cover and a Xiaomi stylus with built-in battery with magnetic fast charging and 240Hz touch sampling rate. The cover accessory is priced at Rs 1,499 while the stylus is priced at Rs 4,999.