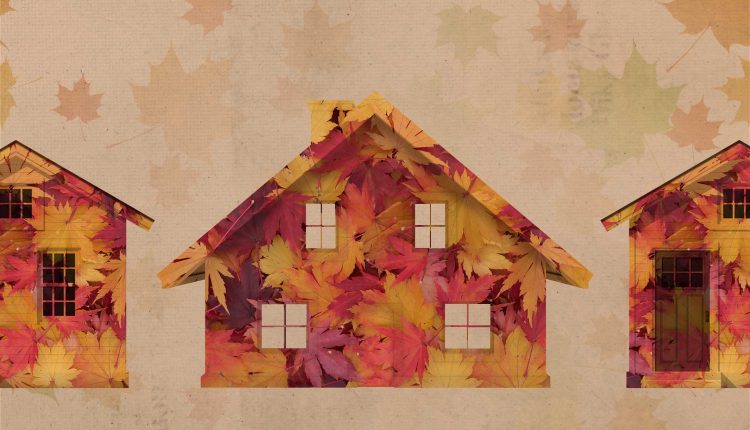 The housing market is having a bit of a Dr. Jekyll-Mr. Hyde moment.

On the one hand, buyers are finally getting some relief from the skyrocketing prices and break-neck selling speeds of the last two years. On the other, mortgage rates are soaring — reducing affordability and keeping would-be sellers on the sidelines.

The result is a market that’s better for some, worse for others and, well, not really ideal for anyone.

As Nik Shah, CEO of Home.com, puts it, “Buyers and sellers will both endure a tough fall housing market.”

He’s not wrong — but what exactly does “tough” look like? And will things improve or get worse as time goes on? Here’s a look at what’s in store for housing this fall.

Home prices have been on a steep runup since the early months of the pandemic. The median home price in the second quarter of 2020 was just $322,000, according to the U.S. Census Bureau. By the start of this year, it had surpassed $440,000 — an almost 37% increase in less than two years.

Fortunately, price growth appears to be slowing. Home prices were up 14% between September 2021 and September 2022, down from the 18% annual increase seen back in June.

According to housing experts, annual price growth should decelerate even more as 2022 comes to a close. Price declines, though, probably aren’t in the cards — at least in the next few months.

As Jonathan Miller, CEO of appraisal firm Miller Samuel Inc., explains, home prices tend to be “sticky on the downside” — meaning they take longer to come down than they did to go up.

“Buyers need to be patient,” Miller says. “Sellers have been in the driver’s seat and then some during the pandemic era and need time to adjust to the pivot in market conditions.”

As sellers start facing reality, price growth will decelerate faster and, by next year, could even decline. Over the next few years, prices could fall as much as 15% from their 2022 peak, according to Moody’s Analytics.

While lower prices are certainly something to look forward to, in the meantime, buyers have another challenge to overcome: much higher mortgage rates. The average rate on 30-year mortgage loans is now above 6.5% — more than double the rates seen last year. By some projections, rates could reach as high as 8% by year’s end.

“With the Fed still working to bring inflation back down, all indications are that short-term rates will continue to climb, creating upward pressure on longer-term rates like mortgage rates,” says Danielle Hale, chief economist for Realtor.com. “This will mean that the cost of taking on a mortgage is likely to keep going up.”

Those are worrisome words, considering how much recent rate increases have already hurt affordability. On a median-priced home, the typical monthly payment is now up over 70% — or about $900 — compared to just one year ago.

“Buyers have a lot of hurdles to get over,” says Daryl Fairweather, chief economist for real estate brokerage Redfin. “It’ll be easy to get an offer accepted on a house, but a lot of people just can’t even get past the point of affording the mortgage.”

Higher costs are pushing some buyers out of the market, setting the stage for a much slower (and less competitive) fall.

Just look at recent home sales for proof. In August, the number of homes sold fell a whopping 20% compared to a year prior. And last month, properties sat on the market a full week longer than last September.

“The frenzy is disappearing,” said Jean Lewis, an agent with HomeLight in St. Louis. “Houses are on the market for more than a few days. Buyers aren’t competing with as many other offers, and we are seeing some price reductions.”

Bidding wars have also fallen by the wayside. According to Redfin, just four in 10 buyers faced a bidding war in August — the smallest share since early 2020.

It’s offering buyers some much-needed breathing room — both during the home search and at the negotiating table.

“Buyers can expect to have more time to consider a purchase without necessarily falling out of consideration,” says Cristian DeRitis, deputy chief economist at Moody’s Analytics.

That was unheard of a few months ago, when waiting more than a day or two was basically a kiss of death.

It’s also a trend that’s likely to continue, particularly if mortgage rates keep rising. According to a survey by Zillow and The Harris Poll, if rates reach 7%, more than two-thirds of prospective homebuyers say they’d stop their search. Should this happen, competition would fall off even further, giving buyers more power — and even more time in their house hunts.

As Paul Reddam, a Compass agent in Austin, Texas, explains, “Aside from the pressure of rising interest rates,” — and that’s a big “aside” — “buyers can expect an almost perfect market, with more homes to choose from, less competition, more time to consider their choices and the ability to negotiate on price.”

More home for sale (but still not enough)

Low supply has long plagued the housing market. And while that shortage hasn’t exactly been solved, the slower-paced market has allowed inventory to build up, giving buyers more options when shopping for a home.

Total active housing inventory is up 27% compared to last September. And on any given day last month, about 155,000 homes were for sale across the country.

“There are roughly five homes for every four they might have seen for sale at this time last year,” Hale says.

Though this is a “notable improvement,” she says, it’s more an indicator of decreased demand rather than increased supply. In fact, new listings — the number of homes just put on the market — were down 14% in September.

If rates continue on their above-6% path, inventory will only tighten.

Higher mortgage rates discourage many sellers from listing — especially those who hold one of the record-low interest rates offered in early 2021. Right now, about 85% of mortgage holders have an interest rate under 5% and nearly a quarter have rates below 3%. For these homeowners, selling could mean buying again at a much higher rate — and payment.

“We are seeing listing inventory expand, but it remains unusually low,” Miller says. “Sellers remain uncertain about the market’s future and are strongly linked to the record low rates they enjoyed in a pandemic era refinance or purchase.”

Looking further ahead: a period of ‘non-activity’

What could result is a total slowdown on both sides of the equation.

Homeowners, at least those not forced to sell due to job changes or other necessities, would be locked into their existing homes, biding time until rates drop. At the same time, buyers would continue getting priced out, unable to afford the higher payments that rising rates come with.

According to Grant Cardone, CEO of Cardone Enterprises and a long-time real estate investor, if the Federal Reserve raises its benchmark rate at the next two meetings as it has indicated, just such a scenario could play out.

“It will send housing into the biggest cycle of non-activity we’ve experienced in 20 years,” he says.

Only time will tell, but one thing’s for certain: The housing market’s changing, and what the Fed does over the next few months — and where it sends mortgage rates — will determine much of its trajectory moving forward.