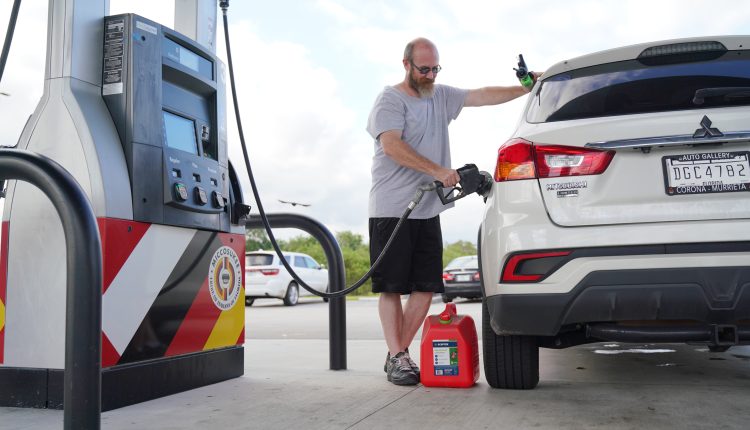 Forecasts suggested gas prices would continue their months-long drop into the fall. But the national average is now up more than 20 cents a gallon in the past month, and the dream of gas dropping back below $3 is fading fast.

Most forecasts called for the trend to continue into autumn, but two recent developments have driven U.S. gas prices higher: Refinery maintenance in California and oil supply cuts from the Organization of Petroleum Exporting Countries (OPEC) and its allies.

“OPEC+ decided to cut their production quotas by 2 million barrels a day, and oil prices rallied, but also what has been causing higher gasoline prices is the number of scheduled and unplanned outages by refineries on the West Coast, which have led to a significant increase in gasoline prices out there, lifting the national average,” Lipow says.

Why gas prices are up, defying forecasts

The average price for a gallon of regular gas increased 11 cents in the last week, rising to $3.92, according to the automotive club AAA.

A month ago, the situation with gas prices was rosier. The national average price had fallen just below $3.70 following three months of declines from the June peak above $5. And experts including Patrick De Haan, GasBuddy’s head of petroleum analysis, thought it was a possibility that prices would fall below $3 this month, given that gas prices often decline in the fall.

But in the last couple weeks, prices have moved in the wrong direction. On Monday, De Haan reported that gas prices will likely rise by 10 to 30 cents in many parts of the country due to the increase in oil prices after the OPEC announcement. “Some areas are certainly seeing the jump already,” he said.

Despite the upward trend in oil and gas prices, Lipow says there’s some positive news for American drivers. The relative strength of the U.S. dollar compared to other currencies is keeping oil prices from being higher, and he expects the federal government to continue to release oil from strategic petroleum reserves in the coming months.

Where are gas prices the highest?

The average gallon of gas still costs less than $3.40 in eight states: Georgia, where gas is the cheapest at $3.23, followed by Texas, Mississippi, Florida, Louisiana, South Carolina, Tennessee and Arkansas, according to GasBuddy.

Experts say West Coast prices could fall in the coming weeks as the maintenance outages come to an end.

“Gas prices in California are finally cooling off, as more refineries come back online after undergoing maintenance,” Andrew Gross, spokesperson at AAA, said in a blog post. “High West Coast prices have played a major role in the recent climb in the national average for gas. Reversing this trend may help take some pressure off of pump prices.”