Why Gasoline Costs Are Spiking Once more in Many States 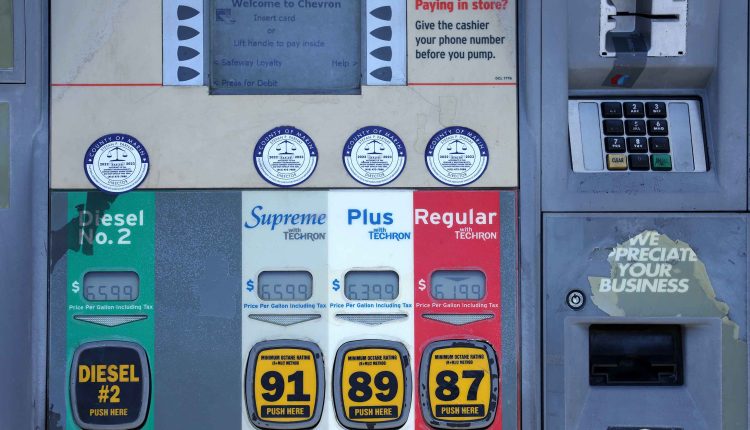 Drivers accustomed to seeing gas prices drop steadily in the summer are getting an unpleasant surprise at the pump, with fuel costs surging in many parts of the country.

After consistent declines in gas prices from late June to late September, the average cost of regular gasoline nationally is creeping back up again because of supply issues on the West Coast and in the Midwest.

The U.S. average jumped 7 cents from last week, hitting $3.83 as of Wednesday — 63 cents higher than it was a year ago. In 10 states, the cost of the average gallon of gas rose by at least 16 cents in a week, and several states in the West were hit with one-week price hikes of 38 cents or more.

Where gas prices are rising

In California — where the automotive club AAA said at least six oil refineries are undergoing maintenance — drivers are paying an average of $6.44 a gallon, an astronomical 59-cent increase from last week.

Other states in the West are suffering spikes as a result of the supply problems, and the upper Midwest is experiencing similar trouble thanks to a deadly refinery fire last month in Toledo, Ohio, that closed the site.

Those increases, however, are regional this time, unlike the record-breaking nationwide surges earlier this year spurred by inflation and the Russia-Ukraine conflict. Data from the U.S. Energy Information Administration (EIA) shows that while the average for gas prices went up nationally, the cost of a gallon of regular actually continued to fall on the East Coast (-7 cents) and in the Rocky Mountain (-5 cents) and Gulf Coast (-4 cents) regions.

“The regional differences in gas prices are stark at the moment, with prices on the West Coast hitting $6 a gallon and higher, while Texas and Gulf Coast states have prices dipping below $3 in some areas.” AAA spokesperson Andrew Gross said in a news release.

While gas prices are much cheaper than they were at the start of the summer, when the national average hit a record over $5 a gallon, fuel costs remain high in the grand scheme. Prices at the pump are about up 63 cents nationally compared to a year ago, and up roughly $1.25 compared to this time of year in 2019.

Officials in California are hoping to alleviate financial strain by allowing the early sale of a cheaper winter gasoline blend — but how much that action will influence costs remains to be seen, AAA said.

Nearly 60% of what consumers pay at the pump is determined by the wholesale cost of crude oil, and AAA said that crude oil prices were down at the end of last week in the wake of anxiety about demand declining if a global recession strikes.

Gas prices also tend to decline in general during the winter, and yet it’s possible the opposite could happen in the months ahead.

The gas price-tracking app GasBuddy noted that the Organization of the Petroleum Exporting Countries (OPEC) and allies, including Russia, are set to meet this week, which could potentially result in a decrease in production and subsequent increase in crude oil costs.

“While I’m hopeful there will eventually be relief, prices could go a bit higher before cooling off. In addition, OPEC could decide to cut oil production by a million barrels as the global economy slows down, potentially creating a catalyst that could push gas prices up further,” Patrick De Haan, head of petroleum analysis at GasBuddy, said in a statement.

The Average Price of a New Car Is Creeping Toward $50,000