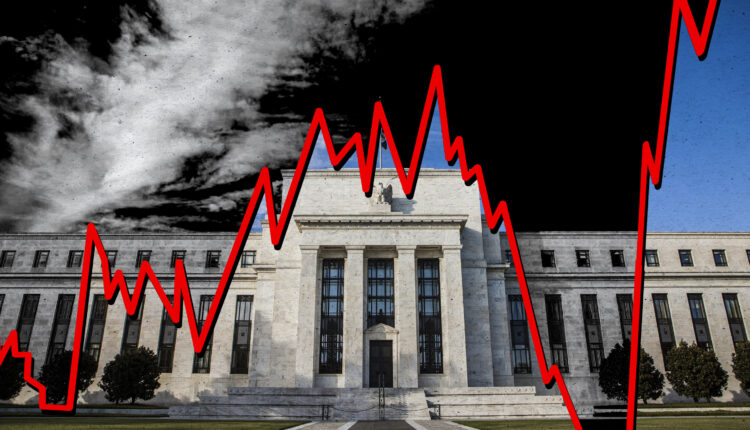 Inflation just won’t cool down — and it’s putting pressure on the Federal Reserve to continue making big moves in its battle against rising prices.

In a news release, the Federal Open Market Committee — which decides on the interest rate adjustments — said recent indicators of spending and production have softened, but job gains have been robust and the unemployment rate remains low. This is significantly different language than the Fed used in June, when it said that overall economic activity appeared to have picked up.

Consumer prices jumped 9.1% in the 12 months ending in June, which is the largest increase since 1981, according to data from the Labor Department. You’ve likely felt the impact of surging costs at the gas station, grocery store and, well, nearly everywhere else you shop. Despite economists and consumers hoping the inflation rate will fall, prices keep climbing higher.

The Federal Reserve is trying to fix that by hiking interest rates, which increases the cost of borrowing and essentially encourages consumers to spend less money. That, in turn, should bring down inflation. Theoretically.

Is this a big rate hike?

This is the second consecutive rate hike of 0.75 percentage points the Fed has enacted recently.

Earlier this month, investors were expecting the Fed to raise interest rates by 100 basis points, or 1 percentage point, which Bloomberg News reported would have been the largest increase since the central bank began implementing overnight rate hikes to conduct monetary policy in the early 1990s.

Expectations, however, came down in recent weeks. The 0.75-percentage-point increase was in line with what economists were predicting. Still, when the Federal Reserve raised interest rates by the same amount in June, it was the largest increase since 1994, meaning the central bank is continuing to be aggressive in its fight against inflation.

And more hikes are likely on the way: The FOMC said in its Wednesday news release that it “anticipates that ongoing increases in the target range will be appropriate.”

What the Fed rate hike means for you

Mortgage rates have been on a slight upswing, with Freddie Mac’s benchmark rate for a 30-year fixed rate mortgage hitting 5.54% last week, a rise of 0.03 percentage points from the week before. That’s put potential homebuyers in a tough spot.

Christopher Jones, chief investment officer at Edelman Financial Engines, told Money earlier this year that credit card rates, adjustable-rate mortgages and such will “ratchet up in lock-step” with the Fed. That means it may be a good time to refinance your mortgage or pay down credit card debt — before rates head even higher than they are now.

Making borrowing and spending more difficult via interest rate hikes can also hurt your investing portfolio as it tends to correlate with lower prices in stocks, cryptocurrency and other markets. Try not to panic about a shrinking balance in your 401(k): Experts say knee-jerk reactions can hurt your portfolio, and investing over the long term is the way to build wealth.

Plus, the low prices we’re seeing now could provide a buying opportunity. If you have money on the sidelines you want to put to work, financial advisors tend to recommend dollar-cost averaging, or investing a set amount of money at regular intervals. That way, you’re not tempted to try to time the market — which is nearly impossible to do consistently.

Inflation Is (Still) at a Record High, but a Few Items Are Actually Getting Cheaper

5 Signs the Housing Market Is Finally Cooling Down