What Occurs When 40% of Employees Postpone Retirement? We’re About to Discover Out 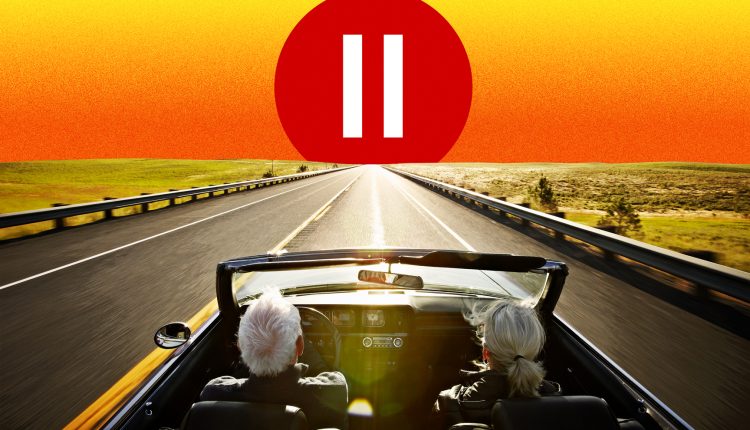 More Americans 45 and older are moving the goalpost for their retirements further down the field thanks to the exploding cost of living. That’s bad news for young people and employers.

Forty percent of American workers 45 and older said they’re pushing back their retirements amid inflation, according to research published this week from the Nationwide Retirement Institute, a retirement insights group. That’s twice the number of older workers delaying retirement compared to last year, an increase with consequences for younger workers and companies as an aging workforce impedes the hiring process.

The consultancy agency Edelman Data and Intelligence gathered the data for the NRI study using a survey of 1,700 stakeholders conducted online in July and August.

Over a third of private companies surveyed said that delayed retirements hamper their ability to hire new talent, and 34% answered that hiring young, new talent in particular becomes challenging as the retirement age increases.

Health insurance and benefits plans also become more expensive for companies as fewer older employees retire, 35% of companies said — and the ripple effect is affecting the wellbeing of other employees.

“Employers may find themselves with a workforce that lacks motivation to go above and beyond without the ability to reward employees for a job well done,” Dunlap said.

Three in 10 employers said the consequences of an aging workforce include lower team morale, and roughly the same amount said employees’ mental health is negatively affected. Just over a quarter of companies (27%) have also noticed lower productivity.

Younger employees feel lost when it comes to retirement

Retirement stress is trickling down to younger employees, too, the survey found. Overall, less than 60% of employees feel positive about their retirement plans, and even more (66%) said inflation is the primary reason.

Workers between 35 and 44 were likelier than their 45-and-older colleagues to express confusion (21%) and panic (16%) about affording retirement.

NRI also found that employees in the public sector — where employees tend to earn less but receive better benefits compensation, according to the National Institute on Retirement Security — are more optimistic about their retirement plans. Compared to 41% of private-sector employees who said they plan to delay retirement due to inflation, only 28% of public-sector workers said the same.

Overwhelmingly, government employees feel they’re on a stable financial path to retirement: 75% said they’re on the right track, while a little more than half (56%) of private-sector workers said they’re financially prepared to retire.

In other words, an annuity that produces lifetime income allows employees to transition some of their retirement savings into a steady income stream. More than half of employees surveyed for the NRI study said they’re interested in these strategies, and 41% said they would likely roll over their retirement savings into a guaranteed lifetime income option if given the chance.

Both public and private employers also like the idea: 69% of private companies and 70% of public employers want to add guaranteed lifetime income options to their retirement plans.

A lack of education on other retirement savings strategies holds back companies and employees, the survey found. While more than half said they’d like to explore guaranteed lifetime income options, only 22% said they were actually familiar with them. Over 40% of employees and 38% of plan sponsors said lack of knowledge was the primary factor in not contributing to guaranteed lifetime income strategies.

Health Care Expenses in Retirement Average $67,000 — Even With Medicare Coverage

You Might Be Saving Too Much for Retirement (Yes, Really)