What Is the Ethereum Merge? And What Does It Imply for Crypto Traders? 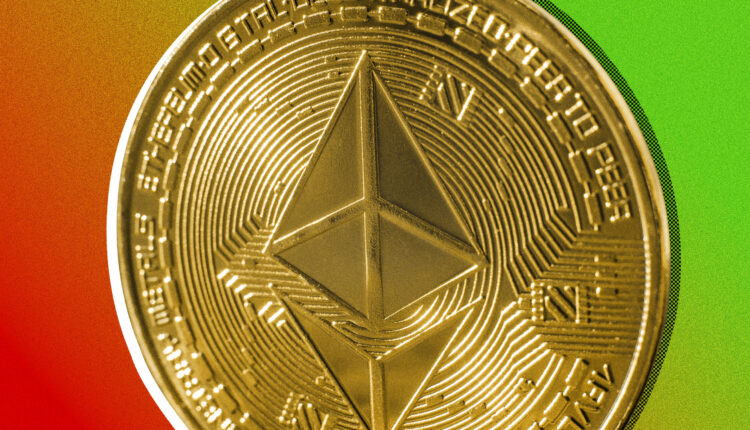 A major event the crypto industry has long been awaiting finally happened: Ethereum’s “Merge,” which proponents say could boost crypto prices in the long run and significantly change the future of cryptocurrency.

The Merge is an upgrade to the Ethereum blockchain, which powers innovations in the crypto ecosystem like non-fungible tokens (NFTs).

There’s been a boom in crypto investing in recent years, with the value of the overall market more than doubling at one point last year as people piled their money into bitcoin, ether, dogecoin and other cryptocurrencies. Whether you are super into crypto and following every latest development in the space or you own a bit of crypto via a platform like Coinbase or Venmo, if you’ve heard about the so-called Merge you may be wondering what it actually means for you.

Here’s everything you need to know about the Ethereum Merge, including what the upgrade means for crypto prices, the environment and more.

What is the Ethereum Merge?

This Ethereum upgrade or “Merge,” as it’s being referred to, changed how new crypto transactions take place on the blockchain.

Previously, the Ethereum blockchain, like the Bitcoin blockchain, ran on a proof-of-work model, which involves nodes — computers that are part of a large network — competing with one another to solve complicated math problems. The successful ones are then able to mine the next block of a transaction and create new coins.

The upgrade transitioned Ethereum to the proof-of-stake model, which is a more energy-efficient and environmentally-friendly system. It entails nodes being selected via an algorithm that has a preference for nodes that hold more of a network’s currency.

In other words, their “stake” in the network is rewarded over the computer power that’s rewarded in the proof-of-work system.

When did the Ethereum Merge happen?

After many delays, the Merge finally took place during the early hours of Sept. 15, according to a tweet from Ethereum co-founder Vitalik Buterin.

Why did the Ethereum Merge happen?

Proponents say that the transition allows the Ethereum network to reduce its energy consumption by around 99%.

The proof-of-work model, which is what the Bitcoin network uses, requires far more energy than the proof-of-stake model. The negative impact on the environment of crypto transactions has been top of mind for many cryptocurrency critics and advocates alike, and Ethereum’s shift to the less-energy-intensive proof-of-stake is viewed as a significant advance.

It will also set the groundwork for other aspect’s of the network’s roadmap, like making transactions more efficient.

What does the Ethereum Merge mean for you?

If you hold crypto assets, there likely isn’t any action you have to take. But this could offer a more environmentally-friendly option for those interested in crypto, and there could be some impact on crypto prices.

What does the Ethereum Merge mean for your ether holdings?

“If you are a user and you just want to send some Eth from one person to another or use a DeFi application, it really doesn’t have any kind of material change for you,” says Chris McCann, a partner at Race Capital.

If you are socially conscious investor who is feeling hesitant about the environmental impact of crypto, this could be good news for you.

“There is a lot at stake for this new event,” Eliézer Ndinga, director of research at 21Shares, which provides cryptocurrency exchange-traded products, told Money in August ahead of the Merge. He described the Merge as “a huge step forward, especially for the retail investors more conscious about global warming and climate change” who want to invest in more environmentally-friendly assets.

What does the Ethereum Merge mean for ether’s price?

Crypto prices have been through the wringer this year. After an impressive few years that included record-high prices last November, cryptocurrencies like bitcoin and ether have seen significant drops more recently alongside other financial assets, like stocks. Bitcoin is down around 58% from the beginning of the year, and ether is down around 60%.

But this Merge could shake up the price of ether, which had been outpacing bitcoin during much of cryptos’ recent recoveries.

“ETH has been outperforming bitcoin largely due to news about the upcoming merge,” Ben Weiss, CEO of cryptocurrency ATM company CoinFlip, told Money via email in August ahead of the Merge. “If it goes smoothly, the merge will be an incredible technical feat.”

Fans of crypto — and the Ethereum network specifically — are hoping that the move will help boost ether’s price. A successful merge “should put a strong bid under the price of ETH and help it resume its upward trend,” Alex Tapscott, managing director of Ninepoint Partners’ digital asset group, told Money via email ahead of the event.

Katie Talati, the director of research at investment firm Arca, told CoinDesk back in August, “This is an event that a lot of people are undercounting, especially based on current price appreciation” of ether. “We’re gonna look back on this in a year from now and [realize] we were at the [market] bottom there.”

There is some perception that this change will unlock more growth potential in Ethereum, says Stéphane Ouellette, CEO and cofounder of FRNT Financial. But the long-term assessment of the value of the move will “likely be judged by the subsequent years of development on the blockchain and the applications and technologies which emerge,” he adds.

In other words, while the Merge is likely a positive thing for Ethereum and its believers overall, investors may have to stick around instead of benefiting from a price jump right away. (This is what financial advisors actually recommend — investing for the long haul, rather than speculating and trying to strike it rich quick.)

The Merge really sets the groundwork for other advancements hoping to be made on the Ethereum network in the future, McCann says. Long term, this could be a “positive catalyst” for ether, he adds.

What about bitcoin’s price?

While Ethereum is the star of the show when it comes to the Merge, it’s not necessarily the only crypto that could benefit.

“A successful merge will likely boost the price of all crypto assets,” especially ether and other projects associated with it, Tapscott said in August.

But bitcoin prices, he added, could also rise as “investors in general gain more confidence in the asset class.”

This story was updated after the Ethereum Merge took place.