What Is a Distributed Ledger? 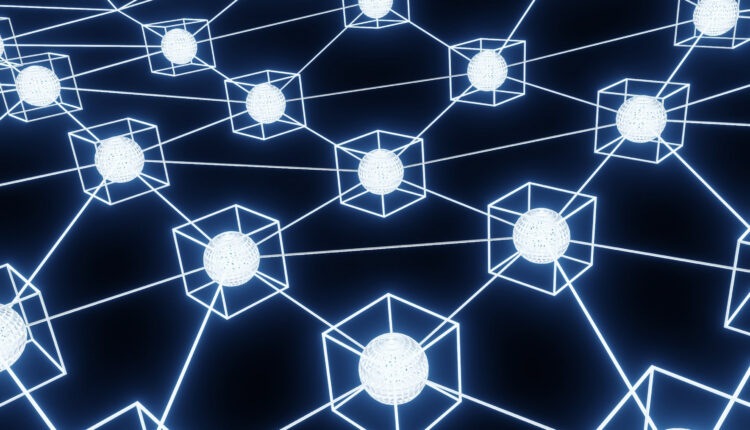 What is a distributed ledger?

A distributed ledger is a database updated individually by each participant in a large network in an automatic voting and updating process called a consensus. Computing devices operated by individuals (called nodes) construct the network in different locations. Instead of depending on a trusted third-party authority (like a bank) to oversee transactions, a distributed ledger allows transactions to have public witnesses that confirm and record the transaction. By omitting a third party, the process eliminates errors or intentional alterations to the transaction. It also increases the speed at which transactions occur by taking banking hours and cumbersome manual processes out of the equation.

Ledgers have always been used to record financial transactions. However, the ledgers we’re accustomed to using are centralized ledgers, controlled by a trusted third-party authority, like a bank. This traditional model of bookkeeping is based on accounts. The most common form of financial ledger used by individuals is a checking account ledger. When deposits are added or purchases are completed, the bank records the transactions. Centralized ledgers are overseen by a single authority and can be altered or changed from a single destination. Conversely, a distributed ledger is recorded by each node, and once a transaction is finalized, it cannot be altered, only removed through another approved transaction. While distributed ledger technology shows promise for use in a variety of industries, including supply chains and real estate, it’s still in the early stages of development. The most recognizable use of distributed ledgers is currently in the exchange of cryptocurrency and the online exchange of NFTs.

How does a distributed ledger work?

A distributed ledger is created by individual participants with complex computing devices (nodes) that form a network. Each database participant independently constructs the network. When a transaction occurs, it’s processed by each node and is then voted on. If 51% of participants agree, the new transaction is accepted on the database. All nodes then update the database, so the ledger reflects the same version across all devices. These transactions and any changes to the ledger are reflected in seconds.

Since a distributed ledger depends on a peer-to-peer process, it makes sense to wonder who the participants are that make up the database and vote on transaction approval. Distributed ledger participants are sometimes referred to as miners because the race to calculate the equation and be the first to input a new transaction is referred to as digital mining. Miners can be anyone, from an individual operating their own equipment to miner pools who consolidate to cut costs. The first miner to solve the equation is rewarded with digital currency. Since the system provides compensation, and a correct response is required, the system maintains a balance.

How is a distributed ledger different from a centralized digital ledger?

For any business or individual to keep track of earnings and spending, they must record economic data in a ledger. Until recently, the most common form of individual bookkeeping occurred on paper. Bank transactions were completed with a paper check, and the account holder recorded the transaction in a notebook called a checkbook ledger. Each month, a statement from the bank could be used to compare the account holder’s record to the bank’s official transaction record. With the digital era came apps that shared transaction information with account holders in real-time. Virtual transactions became commonplace, and individuals can now track transaction data on their own devices. Even while the information of these transactions is available in different locations, the ledger (and the activity surrounding the transaction) occurs from a centralized entity. Traditional e-payments are processed through the accounts opened at centralized locations.

Distributed ledger technology targets distinct issues of depending on a central authority for economic transactions. It also has the potential to cut costs and tasks associated with the exchange of certain goods and supply chain requirements. The use of distributed ledgers can eliminate the expense of a third-party trust in a variety of exchanges, including those that require notaries, contract witnesses and complex transactions. While decentralized ledgers haven’t quite been adopted in most formal environments, they have the potential to offer these benefits:

Difficult to forge: Both paper ledgers and digital ledgers are easy to falsify with modern technology. Distributed ledgers are recorded by each node and therefore exist in multiple locations. The complex nature of the technology also makes them challenging to forge. This is also true for NFTs that make it practically impossible to forge artwork.
Highly transparent: Since all stored information is freely and easily viewable, complete transparency exists.
More secure: The decentralized nature of a distributed ledger makes it more secure against potential attacks. Since the database is spread globally and updated individually, it’s difficult to attack.
Faster processes and decreased costs: Without the need for a third party and the manual tasks performed in third-party transactions, distributed ledgers can eliminate delays and cut costs.

At first glance, distributed ledgers seem like a complex process that won’t change financial transactions in the near future. However, after getting a firm understanding of the process, it’s easy to see that distributed ledgers could contribute to significant changes in multiple industries.

An goal evaluation of the Giving Block 2022