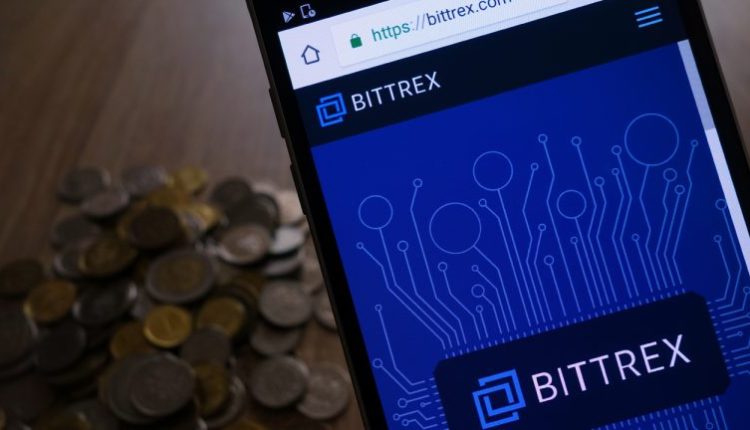 On October 11, the U.S. Treasury department’s Financial Crimes Enforcement Network (FinCEN) and the Office of Foreign Assets Control (OFAC) announced that it has settled charges with the cryptocurrency exchange Bittrex. The crypto exchange was accused of sanctions violations and failure to “implement effective sanctions compliance controls” between March 2014 and December 2017.

The Washington State-based crypto asset exchange Bittrex has been charged by FinCEN and OFAC over “116,421 apparent violations of multiple sanctions programs.” According to the regulators from the U.S. Treasury department, the violations stemmed from transactions that were from “persons apparently located in the Crimea region of Ukraine, Cuba, Iran, Sudan, and Syria.” U.S. officials say that the transactions added up to $263.45 million worth of crypto transactions that were in violation of America’s financial sanctions.

OFAC director, Andrea Gacki, explained that when virtual asset service providers (VASPs) do not leverage strong sanctions compliance, the transactions can threaten the nation as a whole. “When virtual currency firms fail to implement effective sanctions compliance controls, including screening customers located in sanctioned jurisdictions, they can become a vehicle for illicit actors that threaten U.S. national security,” Gacki remarked on Tuesday.

Recently, this past March, FinCEN issued red flags on potential sanctions evasion via crypto assets. The year prior, FinCEN charged the crypto derivatives exchange Bitmex for “willful violations of the Bank Secrecy Act,” and said it assessed $100 million in penalties against the exchange. The U.S. Treasury department’s OFAC has also been busy during the last few years sanctioning crypto assets and more recently the regulator banned the ether mixing application Tornado Cash.

In July 2022, a report published by the New York Times (NYT) citing five people familiar with the matter, said OFAC was allegedly investigating the San Francisco-based crypto exchange Kraken. On December 30, 2020, OFAC entered into a $98,830 settlement with Bitgo over sanctions violations. Bitpay settled with the Treasury according to an OFAC notice on February 18, 2022, and the crypto payment processor agreed to “remit $507,375 to settle its potential civil liability.”

For the transactions stemming from 2014 to 2017, Bittrex has agreed to pay settlements with OFAC and FinCEN for the charges and potential liability brought against the VASP. FinCEN plans to credit a portion of the funds as a part of the settlement agreement.

“Bittrex has agreed to remit $29,280,829.20 for its willful violations of the BSA’s AML program and SAR requirements. FinCEN will credit the payment of $24,280,829.20 as part of Bittrex’s agreement to settle its potential liability with OFAC,” the regulator’s notice discloses.

FinCEN details that between 2014 and 2017, Bittrex’s AML program failed to identify risks and the company failed to file any suspicious activity reports (SARs) during the three-year period. “Bittrex also failed to file SARs on a significant number of transactions involving sanctioned jurisdictions, including transactions that were suspicious above and beyond the fact that they involved a sanctioned jurisdiction,” FinCEN’s announcement concludes.

What do you think about Bittrex settling with the U.S. Treasury department over sanctions violations? Let us know what you think about this subject in the comments section below.