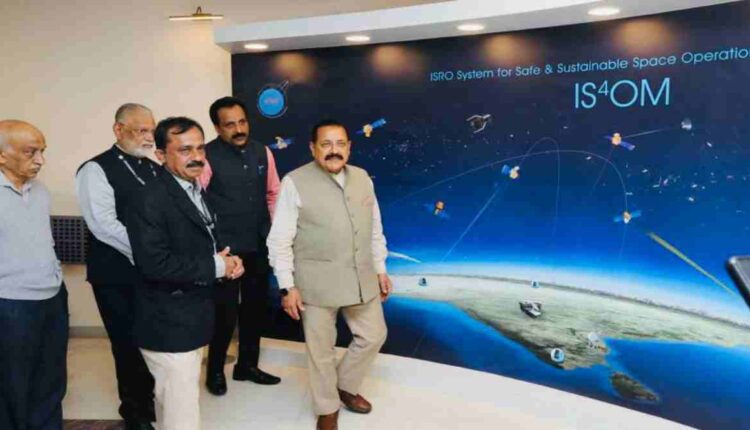 Around 60 startups have registered with the Indian Space Research Agency (ISRO) since the agency started promoting the country’s space sector, Jitendra Singh, the Union Minister of Science and Technology said during the inauguration of the ISRO System for Safe and Sustainable Operation” (IS4OM) at ISRO Control Centre, in Bengaluru on July 11. Some of these space start-ups include launch vehicles, nano-satellites, research facilities, and ground systems.

Prime Minister Narendra Modi on June 10 said that the government would soon come up with a space policy that will provide a framework for the private sector’s participation in the country’s space activities. The policy is also expected to provide access to various services and infrastructure that are owned by the government.

The Union minister re-iterated the PM’s vision that the private sector’s participation in the country’s space activities would help the government space programs in the interests of the country in multiple capacities.

How IS40M will a path-breaking space technology

In response to the concerns about the potential threat of space debris and intentional close approaches by the approaching spacecraft, the minister mentioned that ISRO has taken various steps to safeguard its assets. According to Dr Jitendra Singh, the activities of the space situational awareness program have multiple strategic implications. These include identifying and monitoring the other operational spacecraft, as well as performing intentional maneuvers with the intention of re-entering the Indian region.

The IS4OM facility can further help in maintaining the country’s space assets and minimize the risk of collision. It can also provide timely and accurate information on the space environment.

Importance of radar and optical telescopes

The minister noted that the importance of ground-based sensors such as optical telescopes and radars is acknowledged as they can provide timely and accurate orbital information to help in identifying and monitoring space objects. This is a prerequisite for mitigating the risks associated with the collision of space objects.

The minister noted that the long-term sustainability of outer space activities is of utmost importance to ensure that the technology used for scientific and technological purposes remains relevant to future generations.

Despite the various technological advancements that have been carried out in the field of space exploration, the increasing number of space objects, such as satellites and orbital debris, poses a serious threat to the space environment.