The ‘young Kotak’ in the spotlight 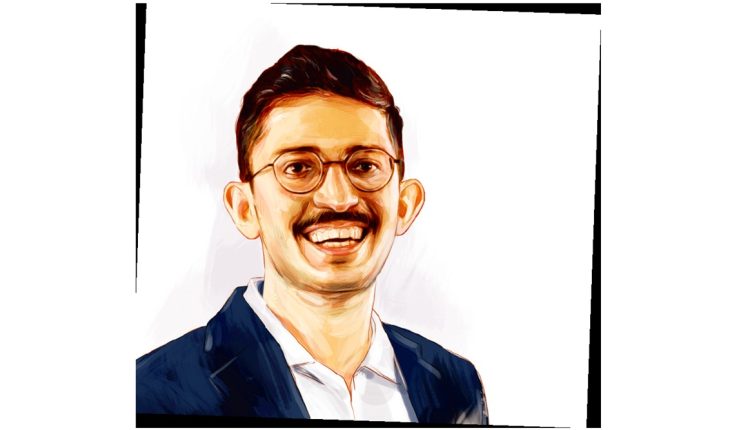 In the middle of the customary string of investor meets this post-pandemic season, one stood out. On the afternoon of May 26, analysts tracking the banking sector walked into Sofitel hotel at Mumbai’s Bandra-Kurla Complex expecting an update on how Kotak Mahindra Bank had weathered the pandemic and war-ravaged FY22. What they witnessed was something quite unusual in the Indian private banking space. The bank’s promoter-chief executive Uday Kotak took the opportunity
to introduce investors to the new co-head of its digital 811 product, Jay Kotak, who, in the words of the senior Kotak, “happens to be my son”.

Jay Kotak joined the lender’s consumer division three years ago as an executive assistant to group president Shanti Ekambaram, who made him co-head of 811 in January 2021, along with business head Manish Agarwal. The latter, 47, with 17 years of banking experience, was part of the 811 launch team in 2015.

Jay addressed investors right after Ekambaram, beginning his presentation with a quote from his Harvard University professor Clay Christensen on corporate innovation and disruption. His address wove in Christensen’s thoughts smoothly into the conception of 811 as a self-disrupting instrument for the organisation.

People who have worked with Jay Kotak say that he shares with his father a preference for keeping the spotlight focused firmly on the bank rather than on individuals. To that, one might add the moustache and the round glasses as also a studied similarity of mien and manner between father and son. He is also known to be keenly interested in all things digital.

His interests outside of work — Fantasy Premier League and the video game Age of Empires II — also happen to be from the realm of the virtual. His tweets suggest he is interested as much in Russia’s geopolitical ambitions as in the consequences of Big Tech monopolies — again, a few things in common with his father. A good fit, one would think, as the leader of a product, more than half of whose user base is under 30.

Yet, people who have worked with Jay Kotak confess to being surprised by the bank’s decision to introduce him to investors. In his three years of work at the bank, he remained a quiet worker, hardly ever seen as the ‘young Kotak’, so to speak. Some analysts, too, have been left wondering what process was followed to identify a 32-year-old MBA with less than three
years of banking experience as the co-head of a division so crucial to the growth of a bank with a rS 3.69-trillion market capitalisation.

At one point in his presentation, Jay Kotak referred to Uday Kotak as “my father”, a detail seen by some as a minor, yet telling slip-up. One brokerage analyst went so far as to write in his note to clients that Jay Kotak came across as a young enthusiast who has a long way to go in terms of gaining business acumen and democratic leadership skills.

Jay Kotak’s initiation ceremony, however, was not exactly a bolt from the blue. The man did make the odd headline in 2021, having expressed his view on creating an ultra-low tax zone in Mumbai. He also anchored one of Observer Research Foundation’s (ORF) ‘Colaba Conversations’, moderating a tete-a-tete with Maharashtra cabinet minister (and another famous son) Aaditya Thackeray.

For all that, though, media interactions are for now a no-go area for Jay Kotak. Even as he chooses to remain the quiet worker, his trajectory at Kotak Mahindra Bank will be closely watched. With “feet on the ground, eyes to the sky”, as his Twitter bio says, the markets will hope Jay Kotak brings value for investors.