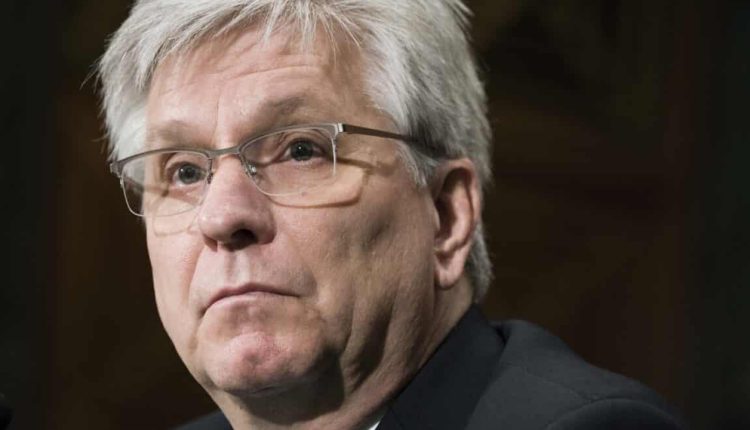 Federal Reserve governor Christopher Waller has detailed he is ready to get behind 50 bps rate hikes until the extreme inflationary pressures plaguing the U.S. economy subsides. Waller stressed that until inflation is reduced he doesn’t “see the point of stopping” 50 bps rate hikes. Furthermore, statistics from the U.S. Bureau of Economic Analysis show that American savings have plummeted to levels not seen since the ‘Great Recession’ in 2008.

Inflation is wreaking havoc on the wallets of everyday Americans as the cost of goods and services has skyrocketed during the past few months. Inflation is so bad that president Joe Biden will host a rare Oval Office meeting on May 31, with Federal Reserve chair Jerome Powell to discuss inflation and the state of the U.S. economy. Meanwhile, Federal Reserve governor Christopher Waller is of the opinion that raising the benchmark interest rate by 50 bps at every meeting is necessary to stop inflation.

Waller explained his opinion while speaking at the Institute for Monetary and Financial Stability in Frankfurt, Germany. Waller further detailed that he is positive about the labor market being able to cope with the increased rates without spurring higher levels of unemployment. “If we can get unemployment to just 4.25%, I would consider that a masterful performance,” Waller remarked during his speech. Waller says he can envision the Fed increasing by 50 bps all the way until inflation is tamed. Waller opined:

I am advocating 50 [basis point hikes] on the table every meeting until we see substantial reductions in inflation. Until we get that, I don’t see the point of stopping.

Waller stressed that in time, the Fed’s monetary policy will deliver results and show how things are working. “Over a longer period, we will learn more about how monetary policy is affecting demand and how supply constraints are evolving,” he noted in his speech. “If the data suggest that inflation is stubbornly high, I am prepared to do more.”

In fact, Waller seems to think the Fed can be well above neutral and he wholeheartedly believes the central bank can get the benchmark rate back down to 2%. “In particular, I am not taking 50 basis-point hikes off the table until I see inflation coming down closer to our 2 percent target,” Waller said. “And, by the end of this year, I support having the policy rate at a level above neutral so that it is reducing demand for products and labor, bringing it more in line with supply and thus helping rein in inflation.”

Meanwhile, the gold bug and economist Peter Schiff is not so hopeful about the Fed doing its job and he doesn’t believe Jerome Powell’s strong balance sheet claims. Schiff brought up the fact that Americans are tapping into their savings to deal with the troubled economy. The U.S. Bureau of Economic Analysis has released data that shows personal savings in the U.S. has dropped to the lowest levels since September 2008.

“If the U.S. economy and household balance sheets are as strong as Powell claims, Schiff said. “Why did the savings rate just plunge to its lowest level since the middle of the worst recession since The Great Depression? When times are tough people tap into what they saved when they were flush,” the economist added.