The 10 Best Colleges in California 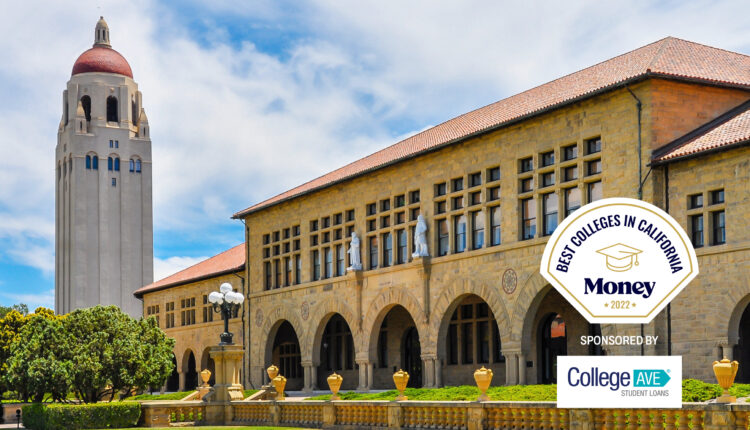 It wouldn’t be an exaggeration to say that California dominates Money’s annual college rankings.

Year after year, the top of our list is peppered with schools in the Golden State, and 2022 is no exception — 16 California colleges land in our top 50.

Money’s college rankings reward campuses that are affordable, as measured by tuition and fees, typical financial aid packages, and student and parent borrowing. We also focus on graduation rates and average earnings to find colleges that offer a strong return on investment. (You can read the full breakdown of how we rank colleges here.)

California’s prestigious private schools, like Stanford University, Pomona College and California Institute of Technology, tend to score high across the board.

But so do many of the campuses in the state’s University of California and California State University systems. The systems’ 32 campuses claimed 27 of the top 100 spots on our 2022 list. They score particularly well on measures of upward economic mobility, enrolling a high share of lower-income students and launching them into well-paying jobs.

All together, this adds up to a state with an abundance of high-value colleges. To generate our list of top California colleges, we looked at the top-scoring schools on both our main ranking (which includes 623 colleges) and our selective colleges list (48 schools.)

Here’s a breakdown of the 10 best.

UCLA has a lot of star power — and not just from its Theater, Film and Television school, which counts Mariska Hargitay and Jack Black among its grads. There’s also professors Jared Diamond, a Pulitzer Prize-winning geographer, and Terence Tao, who won the Fields Medal (a prestigious mathematics award). On the sports front, Arthur Ashe, Kareem Abdul-Jabbar and several Olympians were all Bruins.

With about 1,600 undergraduates, Pomona offers plenty of opportunities to work closely with professors. But its size doesn’t mean students sacrifice options. They can take any class at the other members of the Claremont Colleges consortium — Claremont-McKenna, Harvey Mudd, Pitzer and Scripps.

As with many big universities, lower-level classes at UC Berkeley, known as Cal, can be large, sometimes drawing 1,000 students. But the upside of size is countless opportunities. The faculty, for example, includes numerous MacArthur fellows, Pulitzer Prize winners and Nobel laureates. On the non-academic side, students have access to 60 sororities and fraternities and hundreds of clubs.

At just over 50 years old, Irvine is one of the youngest campuses in the University of California system. About 85% of freshmen go on to graduate within six years, which Money’s analysis finds is higher than predicted based on institutions with similar students.

Students at UC Davis can earn undergraduate degrees in about 100 majors, but the university is best known for its specialties in agriculture and animal sciences. Davis is home to a dairy center, meat-processing lab and 100-acre arboretum. Its department of enology and viticulture offers an online winemaking certificate program, too.

A top research university, UC San Diego attracts many students interested in majoring in the sciences. Once they’re on campus, courses are rigorous and competitive. Perhaps unsurprising, given its location near the Pacific Ocean, but the university is home to one of the oldest and largest centers for global earth science research.

Cal Maritime boasts one of the highest job placement rates in the California State University system — and the typical earnings for recent grads are higher than most other campuses in it, too. Also of note: Though the university is among seven degree-granting maritime institutions in the U.S., it’s the only one on the West Coast.

Strong programs in practical, in-demand areas like accounting, health care administration and engineering help students who go to Cal State Long Beach line up jobs as soon as they graduate. As its nickname (“The Beach”) hints, CSULB’s campus environment is classic California, right down to its new mascot, Elbee the shark.

Like much of the Cal State system, Stanislaus State is an affordable college that enrolls a high number of students from lower-income backgrounds. One of the reasons it scores high in Money’s rankings is because it serves those students so well. Our analysis finds the university’s graduation rate is 14% higher than predicted based on colleges with similar student bodies.

Sources: U.S. Department of Education, Money/Witlytic calculations and Peterson’s. Graduation rates include first-time and transfer students. Median earnings for recent graduates are the earnings 10 years after enrolling, as reported in the federal College Scorecard.

The Best Colleges in America, Ranked by Value

Colleges Are Hiking Tuition This Fall Amid Sky-High Inflation