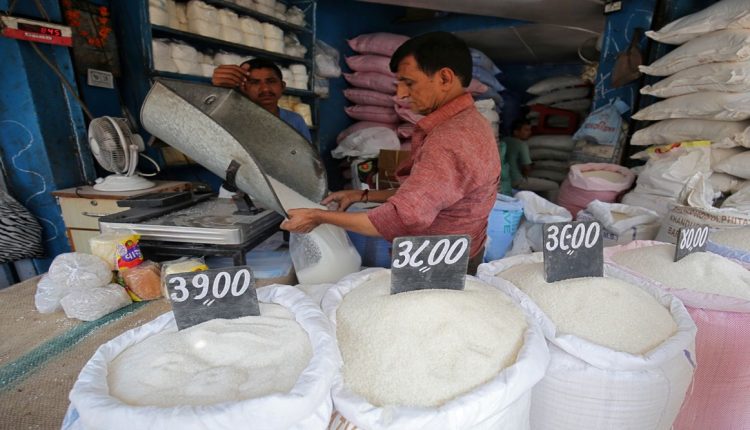 Sugar production in India, the world’s largest producer and second-largest exporter, rose 15 per cent to a record 35.24 million tonne till May 30 in the ongoing 2021-22 marketing year on higher output in Maharashtra and Karnataka, according to the data released by cooperative body NFCSFL on Tuesday.

Sugar production stood at 30.63 million tonne in the year-ago period. The sugar marketing year runs from October to September.

The sugar output achieved so far is much higher than the total output of 31.12 million tonne in the entire 2020-21 marketing year.

According to the data by the National Federation of Cooperative Sugar Factories Ltd (NFCSFL), another 4-5 lakh tonne of sugar is expected to be produced by the end of the current marketing year.

Of the total sugar manufactured, sugar output in Maharashtra — the country’s leading producing state — rose to 13.68 million tonne till May 30 of the current marketing year, compared to 10.63 million tonne in the year-ago period.

Sugar production in Uttar Pradesh, the country’s second-largest producer, however, remained lower at 10.22 million tonne so far this year against 11.01 million tonne in the year-ago period.

Till May 30, crushing operations were still on in about 50-odd mills, mostly in Maharashtra, Uttar Pradesh, and Tamil Nadu.

The government has capped sugar exports at 10 million tonne in the ongoing 2021-22 marketing year as a precautionary step to ensure enough availability of the sweetener during the festival season in October-November.

Monsoon in India: IMD says country to get more rains this time

Here’s where to buy Super Mario, the token of the exciting new game