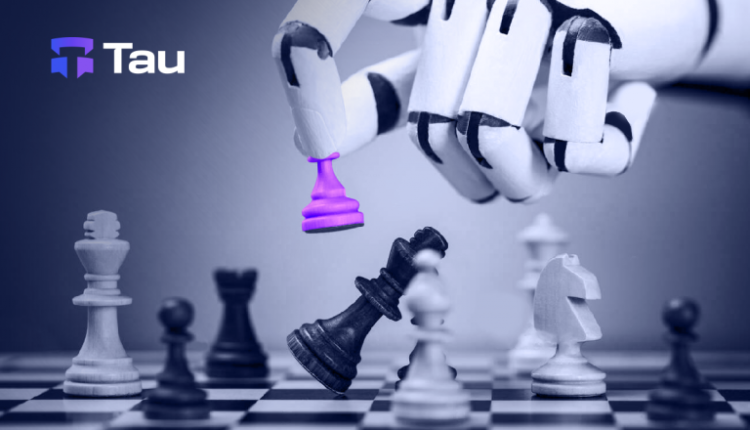 You’ve probably heard about Google’s LaMDA and the viral discussion about whether an AI can become sentient. The team at Tau argues that maybe, sentience of an AI is only a small part of its intelligence. Rather, the true intelligence of AI will be based on its ability to logically understand the needs of people and automatically satisfy them.

Tau is the first-ever platform that will be able to take the thoughts, advice, and knowledge of its users and update its own software in real-time by having its users write in languages that both machines and people can read and understand. Tau’s decentralized social network and its monetary aspect, Agoras cryptocurrency, is powered by an AI that the team calls the truly intelligent artificial intelligence – Logical AI. Logical AI is radically different from Machine Learning, and, according to Tau’s founder Ohad Asor, is on the brink of becoming the next big wave in the world of technology.

On Tau, Logical AI will enable you to participate in discussions of the size of billions of people and instantly see collective intentional meaning behind the thoughts shared over the network. This will be achieved by having people use Controlled Natural Languages (CNLs) that both humans and machines can understand. Every thought and every piece of knowledge, whether explicit or implicit, will be automatically recognized and registered as your Worldview, which will act as a your profile on Tau and will be completely yours to own. Having your ideas and knowledge organized in such an advanced manner will mean that you will be able to not only discover groundbreaking solutions, but also monetize your knowledge in an effortless and direct manner that hasn’t been possible before.

Just by inputting your thoughts on Tau, your knowledge will automatically become a digital asset owned by you. You will be able to sell off your knowledge to other buyers, or use it to generate income by renting specific pieces of it to your subscribers as Tau will understand that even a piece of your knowledge can be part of the solution to someone’s problem. Tau will highlight the combination of knowledge of multiple users and propose it as a solution to important and complex problems, thus guaranteeing that the required knowledge matches specifications 100%.

None of these solutions would be possible with any other type of AI, except for one based on logic. This is because, to put it simply, Logical AI is all about words and sentences. In its core, it is about the ability to infer statements from other statements, in the fashion of what is called Deductive Reasoning. For example, from the three statements:

we can infer the statement

Paris is in Europe.

The field of Mathematical Logic teaches that virtually all logical questions can come down to this form of deduction. For example, a set of statements is contradictory, if and only if we can deduce from it both a statement and its negation.

Logical AI is the mechanization of logical reasoning: finding contradictions, determining whether a conclusion follows from given assumptions, and so on. It is therefore about the ability to let machines understand what we want to tell them, beyond merely machine instructions.

Meanwhile, Machine Learning, which is currently the most widespread form of AI, is about generalizing from examples. So if we were to communicate the above France and Paris example in the fashion of machine learning, we’d have to supply the algorithm with many examples of the form “x is in y”, and then hope that the algorithm will conclude that Paris is in Europe.

Such a form of communication does not even deserve to be called intelligent, since how can something be intelligent if it cannot conclude that Paris is in Europe, and has to see a large number of examples in order to “understand” that, while even that is not guaranteed? Generalizing from examples is of probabilistic nature. How can we make a guess about unseen samples? It is surprising that Machine Learning can be right sometimes and is not completely random, and indeed Machine Learning deserves to be called a mathematical miracle. After all, how can one say something which is, in high probability, even approximately correct, under zero knowledge beyond some samples?

Surprisingly, machine learning can do that. And that is what Machine Learning is about with all its advantages and disadvantages. Its use-case is when we have little to no knowledge about a system, and all we can do is take samples and try to generalize them.

Logical AI, on the other hand, is all about full knowledge and absoluteness, whether explicitly or implicitly. It is also about a much more efficient way of communication, direct communication, “just saying the thing”, instead of laboring over giving many examples.

Further, it so happens that Machine Learning is inherently incapable of performing logical reasoning, e.g. detecting contradictions. This is mathematically proven using complexity-theoretic arguments. It is therefore of no surprise that Machine Learning meets success only in fields which are non-verbal in nature, while in the field of Natural Language Processing, it presents only very limited capabilities.

However the other way around is perfectly valid: not only logic can do machine learning, but it already does. Machine learning algorithms are already expressed in logical forms (in contrast to examples) and are already implemented as computer programs which also take a logical rather probabilistic form, namely machine instructions.

Covering Logical AI therefore covers Machine Learning as well, but the other way around cannot be ever achieved. Another way to say it is as follows: machine learning ultimately covers what is called Inductive and Abductive Reasoning (which roughly correspond to what is called supervised and unsupervised learning), and as such it is very promising, however still in a form which is limited to merely examples, and further, current technologies deal only with data of numerical nature, or with data that can be converted into such. Logical AI, on the other hand, can cover Deductive Reasoning, Inductive Reasoning, and Abductive Reasoning, altogether, in qualitative and well as quantitative data.

These are the main reasons why Tau has chosen Logical AI as the ultimate form of AI, arguing that Machine Learning is only a milestone in the history of AI. Tau’s solutions will improve many aspects of human bandwidth, from discussion-scaling, to knowledge monetization, to smart contracts and decentralized governance. All of this because of logic’s ability to bridge the gap between humans and machines.

Learn more about Tau and the team behind it here

This is a sponsored post. Learn how to reach our audience here. Read disclaimer below.

Got a Backyard? You Can Make Thousands a Month by Letting Dogs Come Play in It