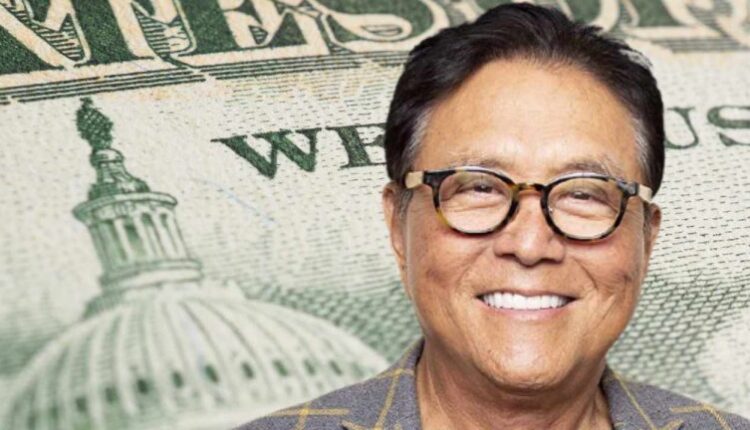 The famous author of the best-selling book Rich Dad Poor Dad, Robert Kiyosaki, says it’s time to open his closed mind after listening to economist Harry Dent. He is now buying 2-year U.S. Treasury bonds despite repeatedly saying he does not invest in anything printed by the Federal Reserve or Wall Street.

Rich Dad Poor Dad is a 1997 book co-authored by Kiyosaki and Sharon Lechter. It has been on the New York Times Best Seller List for over six years. More than 32 million copies of the book have been sold in over 51 languages across more than 109 countries.

Opening my closed mind. I don’t invest in things Fed or Wall Street print. Time to open my mind. After listening to Harry Dent, I am buying U.S. Treasury 2-year bonds.

His tweet drew much criticism. Some people noted that Harry Dent has been saying the same thing for years. Another reminded the famous author that Dent does not recommend 2-year Treasury bonds, pointing out that the economic forecaster said he prefers longer-term bonds, such as 20 or 30 years.

Some people questioned Kiyosaki’s decision to invest in low-yield bonds. “Why would one buy a 3% yield Treasury when real inflation is still over 17%? Additionally, Treasuries, like all paper assets, are tied to the dollar, and the ongoing paradigm shift is the END of dollar hegemony. IMO, stick to your original and ongoing advice of physical gold and silver.”

Kiyosaki’s Wednesday tweet also mentioned a prediction by Jim Rickards, the author of the national bestseller titled “Currency Wars: The Making of the Next Global Crisis.” The Rich Dad Poor Dad author wrote:

Jim Rickards is calling for the biggest crash in history to occur Sept. 21, 2022.

A number of people on Twitter commented on Rickards’ predictions. “Jim Rickards has been calling for the biggest crash in history every week for years,” one replied to Kiyosaki. Another stressed: “To call out a crash by an exact forecasted date is exclusively hype-driven entertainment aimed to play on the emotions of novice influential investors.”

A third person commented that the Federal Open Market Committee (FOMC) is meeting on Sept. 21 and Federal Reserve Chairman Jerome Powell will likely raise interest rates again. Noting that Powell will probably raise rates “more than the market expects,” the Twitter user suggested that Sept. 22 “has a better chance as crash day.”

Kiyosaki has been saying for years that he does not trust the Federal Reserve, the U.S. Treasury, and the Biden administration. He said in May that the U.S. is led by The Three Stooges: Biden, Treasury Secretary Janet Yellen, and Fed Chair Powell.

The famous author recently mocked President Joe Biden over his zero inflation claim, stating: “I think Joe is talking about his financial IQ.” Kiyosaki previously cautioned that inflation may lead to Greater Depression.

He warned in February that the Federal Reserve and the Treasury are “destroying the dollar, sending billions of dollar savers and uninformed to financial hell,” advising investors to buy gold, silver, and bitcoin. The Rich Dad Poor Dad author has also been saying that he is waiting for BTC to bottom out to buy some. He revealed last month that he is in cash position waiting to buy the cryptocurrency.

In July, he said silver is the best investment value, noting that gold’s price is over $1,700 but for $25 you can buy a silver coin. “Silver is an industrial precious metal. Gold is not,” he emphasized. Kiyosaki also warned of the biggest bond crash since 1788, adding that he is “buying more gold, silver now, and waiting for bitcoin to go lower.”

What do you think about Robert Kiyosaki changing his mind about investing in Treasury bonds after listening to economist Harry Dent? Let us know in the comments section below.