Proposals for New Common Currency Resonate in Latam, to Undermine US Dollar Dependency 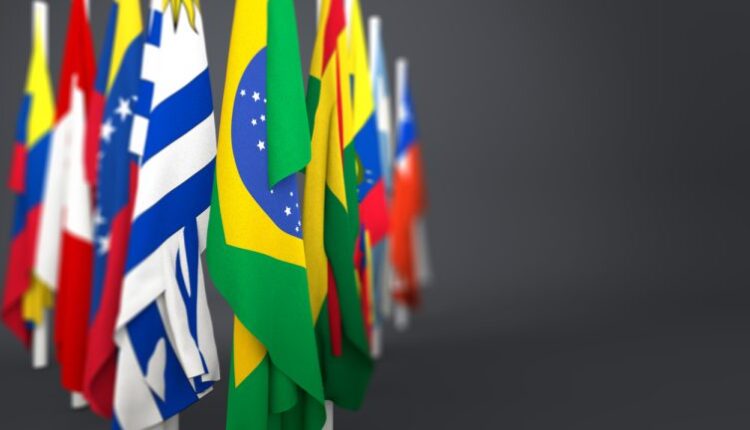 Two new proposals for a new common currency to be established in Latam have been made recently. Former Brazilian president and candidate Luis Inacio Lula Da Silva mentioned the idea in May, and the president of the Colombian Congress, Roy Barreras, mentioned the same idea during the inauguration of president Gustavo Petro earlier this month. The idea behind this would be to lessen the dependence of the region on the US dollar.

The proposal for a new common currency to be established between Latam countries has been revived once again due to the current economic situation that some of these countries are facing. Two politicians of the region, former Brazilian president Luis Inacio Lula Da Silva, and the President of the Colombian Congress, Roy Barreras, have recently called for this initiative to be reconsidered.

Last month, Da Silva stated that if he wins the presidential elections (he is one of the contenders of current president Jair Bolsonaro for the general ballot organized to happen in October), he would support the creation of a common currency for Latam. Dubbed “sur” (SUR), translated as “South,” this currency would ostensibly strengthen the integration between countries of the region. At a rally in May, he stated:

We are going to create a currency in Latam, because we can’t keep depending on the dollar.

Furthermore, this would present a new opportunity for containing inflation in the region, a problem that countries like Argentina and Venezuela are currently fighting. The sur could allow countries to retain their central bank autonomy, contrary to the model adopted by the European Union, and dual circulation of national fiat currencies and the sur would be allowed.

More recently, Roy Barreras also called for the establishment of such a currency, without giving details about its specifics. On the inauguration of the recently elected president of Colombia, Gustavo Petro, Barreras stated:

Here is a homeland willing to be reborn, so that hand in hand with other Latam nations we decide to share a common destiny, a single competitiveness agenda, a binding Latam parliament, hopefully a single currency, and above all a single dignified voice.

In July, Russian president Vladimir Putin revealed plans to launch a common currency for countries comprising BRICS, an organization that also includes Brazil, which some analysts believe is an attempt to rival the U.S. dollar.

The idea of a common currency for Latam is not new. In fact, there was a common currency that was used to settle more than $1 billion in trades across the continent. The currency was called “sucre,” and was the result of the amalgamation of several countries in ALBA, a Bolivarian alternative organization that opposed the US-backed FTAA.

Venezuelan President Hugo Chavez was responsible for its creation in 2009, and its adoption in Venezuela, Nicaragua, Cuba, Bolivia, and Ecuador. However, the currency was abandoned due to several events, including the establishment of US sanctions for Venezuela and the death of its main proponent.

What do you think about the proposal of a new common currency in Latam? Tell us in the comments section below.

4 Ways the Inflation Reduction Act Will Save You Money