Policy tweak in the works: Green energy purchases likely to be mandatory 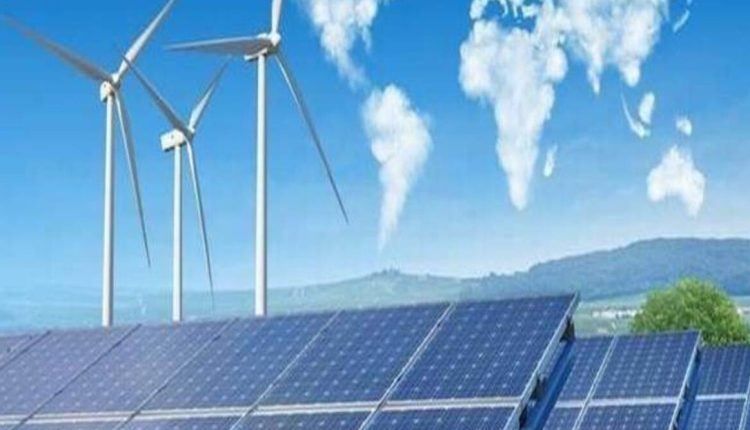 The Union government is planning to amend the Electricity Act and the National Tariff Policy to make it mandatory for electricity distribution companies (discoms) and other bulk buyers to meet their renewable purchase obligations (RPOs), a move that will give a fillip to investments in solar, wind and hydro energy sectors.

The move comes at a time when companies engaged in the renewable power segment have lined massive expansion plans and are looking to raise funds from different sources including domestic banks and financial institutions, overseas banks, capital markets and multilateral institutions.

The plan is also sync with New Delhi’s new commitment to meet half of its energy requirement from renewable sources by 2030.

The RPOs were introduced in 2010 under the Section 86(1) (e) of the Act. Via this section, the Centre urges bulk buyers of power, including discoms to meet a certain percentage of electricity requirements through renewable sources.

But compliance with this norm has been lax, as most state governments haven’t showed a firm resolve to enforce it. While RPO rates among states vary roughly in the 9-17% range, some states including Uttar Pradesh have even waived the penalty for non-compliance.

“Now that India has updated its 2030 commitments under the Paris Agreement, there is more urgency to reduce dependence on coal. Since RPO compliance has been found quite poor, the government is now revising the tariff policy to make them mandatory,” said a Delhi-based executive from the power finance sector.

Some of India’s largest conglomerates are ramping up renewable capacity in the hydro and wind power segments, bankers said. Solar energy has been one of the leading sectors for banks in the last few years in terms of loan demand, but capex demand for hydro and wind segments is starting to firm up now, they added.

“There is a clear push from the government in favour of renewable sources. We are seeing strong demand for hydro projects in the states where it is viable, and that includes Himachal Pradesh, Uttarakhand, Jammu & Kashmir and the northeastern states,” said a senior executive with a large public-sector bank.

Historically, the exposure of the banking sector to alternative sources of energy has been limited. According to a March 2022 paper by Reserve Bank of India (RBI) researchers, as of March 2020, only about 8% of the bank credit deployed in the electricity industry was towards non-conventional energy production. The ratio varied from 17% in Punjab to a measly 0.1% in Odisha. The share of non-conventional energy in utility sector credit was higher for private banks at 14.8%, as against only 5.2% in public sector banks (PSBs).

Of late though, thermal power has been losing favour with banks and the lending taking place in the coal-based power segment is largely in the form of refinance transactions. Bankers are also wary of coal-based projects from an asset quality standpoint after the grim experience of the last bad loan cycle. A number of thermal power plants financed in the late 2000s went bad in the absence of power purchase agreements.

State Bank of India (SBI) is now closely assessing its exposure to thermal power projects. “The life cycle of coal projects could be anywhere between 20 and 30 years. So we need to ask ourselves whether such projects could become a threat to India’s global sustainability commitments and, in turn, create asset quality issues for us,” said a senior executive with the bank.

The government had, in 2020, launched the Renewable Energy Certificate (REC) scheme as a market instrument to facilitate compliance with RPO targets. Under the scheme, buyers of conventional power such as discoms and corporate entities who fall short of meeting their RPO targets can buy RECs on the exchanges from registered RE power producers. However, higher prices on the exchanges and regulatory uncertainties have made project developers reluctant to register under the scheme. Also, buyers have started to enter into individual contracts with developers at lower prices compared to exchange rates. So, a mere 4526 MW or 4%of the installed renewable energy capacity stands registered under the scheme as of December, 2021.

In the United Nations Climate Change Conference (COP26) held in Glasgow in November last year, Prime Minister Narendra Modi announced that India will reduce the total projected carbon emissions by one billion tonne till 2030. By 2030, the country will reduce the carbon intensity of its economy by less than 45%, he said.

With inputs from Vikas Srivastava in Mumbai