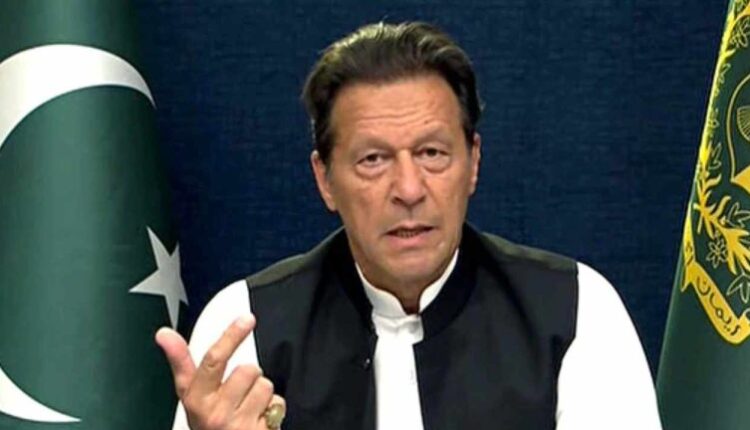 Imran Khan, a former prime minister of Pakistan and current chairman of one of the largest political parties in the country, has confirmed that his Instagram account was compromised and hackers used it to promote a cryptocurrency giveaway scam.

Imran Khan, a former Pakistani prime minister and current chairman of the Pakistan Tehreek-e-Insaf (PTI), one of the largest political parties in the country, reportedly confirmed that his Instagram account was hacked Monday.

He told Dawn publication that his account was soon recovered with the help of Meta, owner of Facebook and Instagram. He explained that he himself monitors the account, which has 7.4 million followers, noting that the hackers posted a cryptocurrency link and a screenshot of a tweet from Tesla CEO Elon Musk to the account.

The cryptocurrency link posted on the politician’s account leads to a crypto giveaway site featuring Musk and his company Spacex. Scammers claim to be giving away bitcoin (BTC), ether (ETH), dogecoin (DOGE), and litecoin (LTC).

In July 2020, Wozniak sued Youtube and Google for promoting bitcoin giveaway scams using his image and name. However, he subsequently lost the lawsuit. “Youtube and its parent, Google LLC, are protected by the federal law that shields internet platforms from responsibility for content posted by users,” the judge on the case ruled.

In July, the British Army‘s official Youtube and Twitter accounts were compromised and hackers similarly used them to promote their crypto giveaway scams.

In an effort to fight scams, several crypto firms, including Binance and Circle, launched a crypto scam reporting platform in May to allow “anyone in the crypto economy to warn others about scams, hacks, or other fraudulent activity as they encounter it.”

What do you think about Imran Khan’s Instagram account being used to promote a crypto giveaway scam? Let us know in the comments section below.