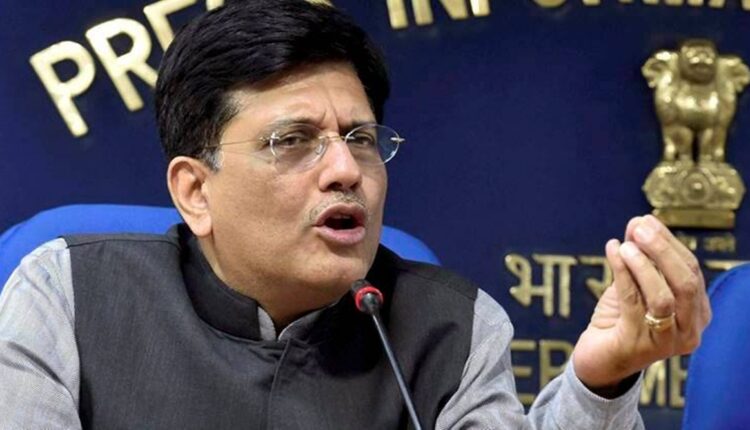 The presence of open network for digital commerce, a Unified Payments Interface-type protocol, will be gradually expanded to more cities after the successful launch of its pilot phase, Union Minister Piyush Goyal has said. Open network for digital commerce (ONDC) is a set of standards for voluntary adoption by sellers or logistics providers or payment gateways. The objective is to democratise the fast-growing e-commerce sector in the country to help small retailers and reduce the dominance of online retail giants.

It provides small retailers the freedom to choose any logistics player and seller platform based on different parameters like location and rates.”Yes, certainly,” the commerce and industry minister said when asked whether they are planning to expand the ONDC to more cities as the pilot phase in five cities is going well.

“ONDC is going to be gradually scaled up because it’s in beta testing (phase now). We would like to keep scaling it up to figure out how robust the technology is, how simple it is to operate, and the kind of capacities we will require for data storage and management of the entire process as we grow. So, it is still a work in progress,” Goyal told PTI.

The initiative is also aimed at curbing the dominance of two large multinational e-commerce players — which control more than half of the country’s e-commerce trading, limit access to the market and give preferential treatment to certain sellers and squeeze supplier margins.The ONDC was launched in five cities in April – Delhi-NCR, Bengaluru, Bhopal, Shillong and Coimbatore.

“ONDC is a democratisation of the digital commerce world. It can trigger off many startups to bring technology into the remotest corners of India,” the minister said.He visited an ONDC-led store in Coimbatore last month. As many as 20 organisations of national repute have confirmed investments of Rs 255 crore into the ONDC. Lenders, such as the State Bank of India, UCO Bank, HDFC Bank, ICICI Bank and Bank of Baroda, have already committed investments.When asked about the proposed e-commerce policy, Goyal said that a lot of inter-ministerial consultations are going to align the views of different ministries and ensure that a robust e-commerce ecosystem is developed in India, which is transparent and fair and that can provide equal opportunity to all the stakeholders.

Why Migrants Are Turning to Crypto: The Key to Attaining the UN Goal to Reduce Remittance Costs to Less Than 3% by 2030