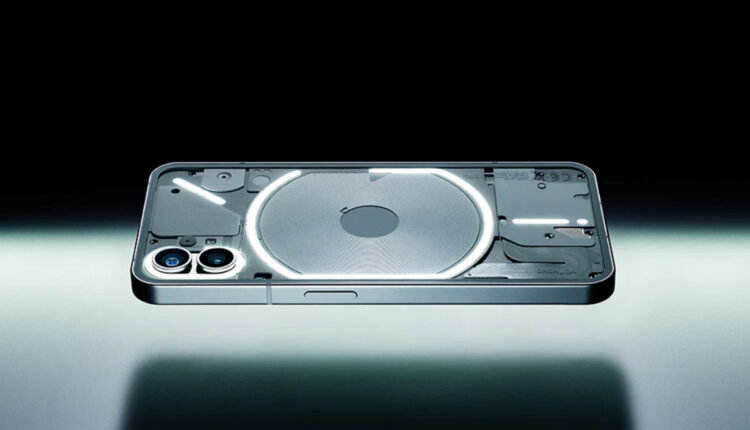 In a few hours, Nothing will officially launch its first smartphone, Phone (1). The London-based consumer tech startup led by OnePlus co-founder Carl Pei has called it its most important product and the real start of its journey. Nothing came into the foray last year with the Ear (1), a pair of aggressively priced truly wireless earbuds with one-of-their-kind transparent design.

The Phone (1) builds on that same design ethos. In terms of hardware, it will be a midranger— likely an affordable one— with dual cameras, Qualcomm’s Snapdragon 778G+ chip, and wireless charging. The Phone (1) look exciting, surely, but it will have to face some tough competition from a barrage of peers from Samsung, Realme, to Xiaomi, and naturally, from OnePlus— even though the brand touts itself to be going solely after Apple.

Regardless, the hype this new brand –and Carl Pei in particular— has been able to generate ahead of the phone’s July 12 launch, is nothing short of phenomenal. Nothing is also bringing back the once dreaded “invite-only” system for Phone (1) which means you would have to wait in line to buy one, at least initially, if you’re not able to get hold of one of its invites. For some curious reason, Nothing was selling them off the shelf on Flipkart (after asking people to sign-up and wait for their turn), the official sales partner for Phone (1) in India.

NOTHING PHONE (1) LAUNCH IN INDIA

Nothing will launch its first smartphone – Nothing Phone (1)— globally on July 12. The launch event, which is being called “Return to Instinct”, will be live streamed from London on nothing.tech. In India, the stream will be available for view starting 8:30pm. The Phone (1) is launching in India at the same time as global markets.

Nothing has partnered with Flipkart to sell the Phone (1) in India. Flipkart, to recall, was also the sole sale partner for Nothing’s Ear (1) earbuds.

Nothing India vice president and general manager Manu Sharma had recently confirmed that every Phone (1) sold in the country will be manufactured locally in Tamil Nadu.

The brand has ramped up its service network for the Phone (1) to provide customer support at over 270 authorised centres spanning more than 250 cities. Nothing plans to, also, offer Phone (1) buyers in India year-round support through its own channels.

Exact date of Phone (1) availability should be revealed at launch on July 12.

The big standout feature of the Phone (1) will be its transparent design and customisable LED lighting, or “glyph interface”. Nothing is calling it “mechanical” though it doesn’t necessarily mean that there would be any moving parts. The whole transparent aesthetic of the Phone (1) is built using 400 components. The outer frame is made of 100% recycled aluminium while the rest is plastic— 50% of that is made with bio-based or post-consumer recycled materials, Nothing says. The Phone (1) has so far been teased in white-only but rumour mill has it that Nothing could launch a black version, also.

On the front, the phone will come with slim bezels and a hole punch cut-out at one end.

Nothing Phone (1) will be powered by Qualcomm’s mid-range Snapdragon 778G+ chip. Spec nerds would be quick to point out that that’s the same chip that drives Motorola’s excellent Moto Edge 30. It will run Nothing OS, a proprietary operating system based on Android.

For photography, the Phone (1) will come with a 50MP Sony IMX766 main sensor behind an f/1.88 lens with OIS and EIS. The same sensor is seen inside phones like the OnePlus Nord 2T (review). Nothing has added 10-bit colour support for videos which it says, it has taken from flagship phones. The 50MP main sensor will be paired with an unspecified sensor with ultrawide lens with a field of view of 114-degrees.

Elsewhere, the Phone (1) is confirmed to get wireless charging and by the looks of a first-look video doing the rounds of the internet, it may ship without any charging brick in the box.

Stay tuned for out full coverage of Nothing Phone (1) in the days to come.