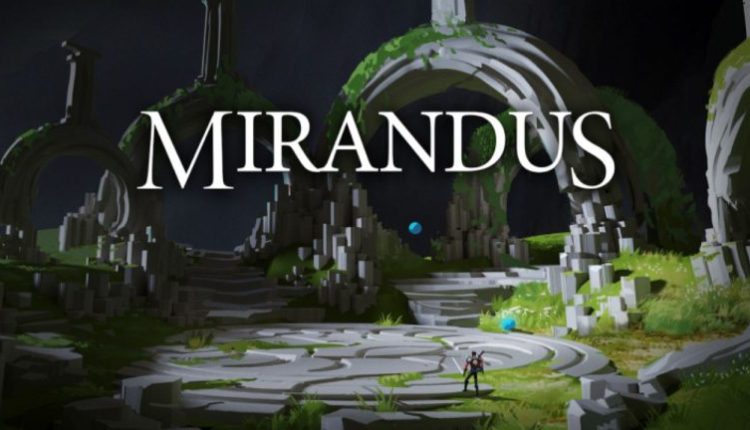 PRESS RELEASE. Finally, the moment has arrived. A dozen hours have gone into farming the materials needed for a brand-new mighty axe. The epic weapon crafted at the forge will take the player to unprecedented heights of power, but only for the player to discover it does not have any real value.

How to Invest During a Recession

This jarring feeling is all too familiar to gamers if they have spent hundreds of hours playing MMORPGs. Playing games takes time, effort, and sometimes even real money, but all that effort doesn’t change the gamers’ empty wallets. Instead, the gaming industry spends many resources on ensuring game items are worthless and circumventing that will result in RMT bans.

In the game, Mirandus, however, not so much. Finally, an MMORPG where every item has value. The cache discovered by a player in the unexplorable glade has equipment not required for their gameplay? It is possible to put it up on the market for sale, so someone else can use it, and a lot more. The game brings a revolutionary era for MMORPG and blockchain gaming!

The Fantasy RPG of the Future?

Mirandus is a game where everything has real value beyond the confines of the fantasy world. As a fully Web3 integrated MMORPG, everything that makes the world in the game is wholly owned by the game players. Players can use items and game areas made and created by other gamers, like swords, to fend off monsters and hide in towns to stay away from goblins. It is a monumental thing for both Web3 and the whole RPG genre!

Every player in Mirandus can play as any exemplar they own. These NFT characters can be freely traded on secondary markets and come with different races and special perks. Many are standard and readily available on OpenSea, but some exemplars are rare; for instance, out of the 50,000 total exemplars, only 1000 are elves.

Mirandus is creating the future of the MMORPG genre here by being revolutionary and innovative. It is a game based on the idea that players own their character and everything that comes with building up their character in the game; and this gives a sense of ownership and eagerness to the gamers, who are encouraged to explore the game and discover different areas and items – since it will not be a waste of their time and for the time spent, present real-life worth outside the game too.

The game Mirandus is a Web3 dream come true for many. To have total control over creating their gameplay and world, telling the story they want, crafting the weapons they want with real-world worth and exploring vast unexplored areas unrestricted is genuinely magical. Gamers will start in the world in a wild land, with mysteries waiting to be discovered by the adventurers of the unknown.

Suddenly what a player does with their time in the game has real value. All the exploration and adventure can result in benefits in real life. Perhaps, in the game, a player’s character is a skilled craftsman, producing items that others need and can access; or some equipment/weaponry is useless to a gamer who can quickly sell it to someone else on OpenSea to save them hours of exploration and farming for materials.

It is exciting to think about all these concepts in an MMORPG. Creating a real-world economy around time and success with your character could refresh a genre that has been stagnant for a long time. Many players are happy to spend their money on their RPG adventures, but game developers quash any effort to RMT and refuse to give real value to any in-game items. MMORPGs have always formed robust economies but have remained cut off from real value unless it was for the game publisher’s benefit. However, integrating Web3 within games could change the genre to something more beneficial for gamers.

Mirandus is still developing, but there is positive news about its progress. The development team has been updating the public about a few playtests so far and is transparent about their development with the game’s Discord community. For example, early game supporters who own an Exemplar have had the chance to participate in a playtest of the beta version and have earned Materium – the in-game currency.

Overall, the game has some broad, sweeping goals for the future of Web3 gaming and MMORPG. It is a game with all the appeal of being epic, where gamers can genuinely make the gameplay their own – by having ownership of game assets that are real-value treasures and going on uncharted exploration and adventures.

This is a press release. Readers should do their own due diligence before taking any actions related to the promoted company or any of its affiliates or services. Bitcoin.com is not responsible, directly or indirectly, for any damage or loss caused or alleged to be caused by or in connection with the use of or reliance on any content, goods or services mentioned in the press release.

The right way to Apply to School

Strike partners with Bitnob to improve remittance payments into…