Millions of State Stimulus Checks Are Coming Soon — But Will They Make Inflation Worse? 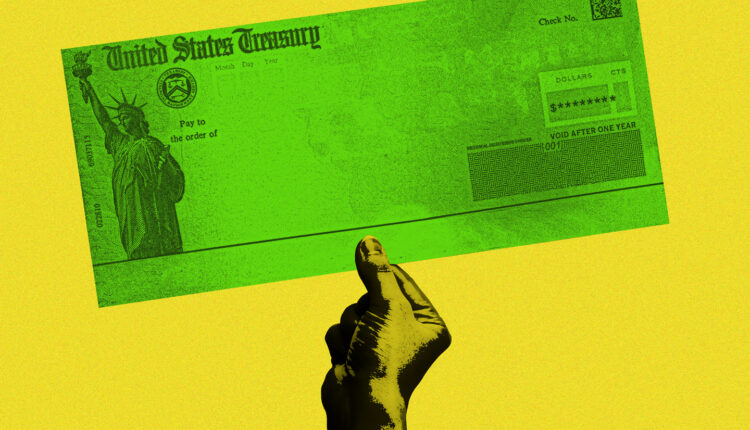 While you shouldn’t expect to get a fourth stimulus check from the federal government, more money may still be on the way. Several states, including California and Colorado, have announced plans to send out relief payments to millions of residents in the coming months.

But amid the excitement, there’s also concern: Could well-intentioned state stimulus checks end up making inflation even worse?

The first COVID-19-related stimulus check was issued by government in April 2020 as part of the CARES Act. Eligible Americans got up to $1,200 to help cope with the high unemployment rate and fallout of the coronavirus hitting the U.S. The government later distributed two more stimulus checks, up to $600 and $1,400, respectively, to folks whose incomes fell within the parameters for eligibility.

But the current economic environment looks a lot different than it did back then. The unemployment rate, which soared to 14.7% in April 2020, now sits around 3.6%. Meanwhile, inflation has skyrocketed to a 40-year high. As recession warnings run rampant, prices for gas, groceries and rent have surged to nearly unaffordable levels.

Some experts say the first three rounds of stimulus checks contributed to that rise in inflation. And now that states are giving out more money, that worry is top of mind again.

“Giving out these checks to the general public goes in the wrong direction,” says Nicholas Economides, a professor of economics at the New York University Stern School of Business. “It will increase inflation.”

Here’s what you need to know about state stimulus checks and their potential impact on the economy.

Who is getting state stimulus checks?

On June 30, California Gov. Gavin Newsom confirmed he had signed a state budget that will provide direct tax refunds of up to $1,050 for 23 million Californians.

The goal? To help battle inflation.

“Global inflation. Rising costs. It’s hard out there and we know it. So, we’re giving you $9.5 billion back,” reads a news release issued by Newsom’s office.

The Golden State isn’t alone. Oregon’s state government said in June that it would distribute one-time payments of $600 to more than 236,000 households who received the Earned Income Tax Credit on their 2020 taxes. In Colorado, Gov. Jared Polis announced Coloradans would receive $750 checks for individuals this summer ($1,500 for joint filers).

“Everyone in our state is feeling the impact of rising costs, and I refuse to let the government sit on taxpayers’ money when it could be used to make life a little bit easier for the people of our state,” Polis said last month.

Other states that have promised to give stimulus checks of varying sizes to eligible residents include Delaware, Georgia, Idaho, Illinois, Indiana, Maine, New Jersey, New Mexico, South Carolina and Virginia.

The federal stimulus checks came at a time of great need for many people, and there’s no doubt that they helped buoy many families’ finances. But economists weren’t quiet about their concerns regarding the impact on the economy. Lawrence Summers, an economist and former Treasury Secretary wrote an opinion piece for The Washington Post about the risks of the size of the third stimulus checks.

“While there are enormous uncertainties, there is a chance that macroeconomic stimulus on a scale closer to World War II levels than normal recession levels will set off inflationary pressures of a kind we have not seen in a generation, with consequences for the value of the dollar and financial stability,” Summers wrote in February 2021.

Now that the federal stimulus checks are in the rearview, some experts say they did indeed help drive up inflation.

Fiscal support measures meant to lower the impact of the pandemic’s economic effect may have raised inflation about three percentage points by the end of 2021, according to a recent report published by the Federal Reserve Bank of San Francisco. And Jason Furman, a professor at Harvard University and former top economic advisor to President Barack Obama, told ABC News earlier this year the U.S.’s high inflation compared to other advanced economies was “probably because we’ve had a larger fiscal response.”

State stimulus checks will put extra money in people’s pockets in a way that will increase inflation much like the federal stimulus did, according to Economides.

Of course, stimulus checks aren’t the only culprits of inflation. Economists have pointed to a shift in consumer trends and, therefore, supply that was unable to keep up with demand as causes of our current situation. In addition to the supply chain crisis, the war in Ukraine also led to a surge in commodity prices. As such, people like former Democratic presidential candidate Andrew Yang have insisted stimulus checks aren’t to blame for inflation.

Though stimulus checks may be politically popular, Economides says there are better ways for states to battle inflation than handing out checks. For instance, he recommends they lower taxation of goods and services like gas — a move he says is unlikely to increase inflationary pressures in the way more stimulus money might.

Why Gas Prices Could Soon Plunge

Here’s How Inflation Is Actually Affecting the Stock Market

The 5 Best High-Yield Savings Accounts of 2022