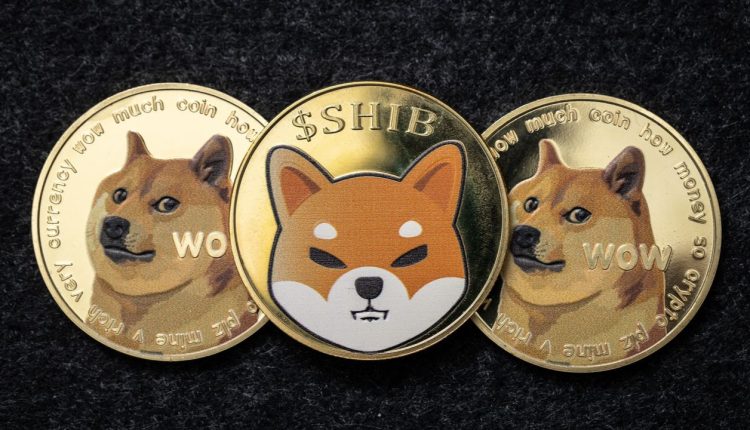 Today’s top meme coins have lost 4.8% in value against the U.S. dollar, as the crypto market carnage has wreaked havoc across the entire digital currency economy. While dogecoin had a phenomenal year in 2021, over the past 12 months, dogecoin lost 82.8% against the USD.

DOGE Tapped an All-Time High a Year Ago Today, Meme Coin Value Is Down 82% Since That Point

Meme coin assets are down this week following the rest of the crypto economy’s downward spiral. Statistics show that dogecoin (DOGE) has shed 14% in value during the past month and 30 day stats show shiba inu (SHIB) is down 24%.

At that time, DOGE reached an ATH of around $0.731 per unit. Six months ago, SHIB tapped an ATH at $0.00008616 per unit and today it’s down 78% since that price point. Both DOGE and SHIB make up most of the $28.3 billion meme token market capitalization by representing 95% with a combined market valuation of around $26.9 billion today.

While most of the meme coin economy has shed significant value in recent times, a relatively unknown meme token called litedoge (LDOGE) has gained 400% this week. Poodl token (POODL) is up 34.2% and dogefi (DOGEFI) is up 27.3% during the past seven days. However, jejudoge (JEJUDOGE) has lost 44.6% this week, lets go brandon (LETSGO) is down 43.3%, and shiba fantom has shed 28.9% in value against the USD.

Meme tokens were all the rage last year, but interest seems to be dwindling fast. After hitting a Google Trends (GT) score of 100 last May, this year during the same weekly timeframe, the search phrase “dogecoin” has scored a three. SHIB hit a 100 in October and GT data shows the search term “SHIB” has scored a four this week, according to worldwide statistics.