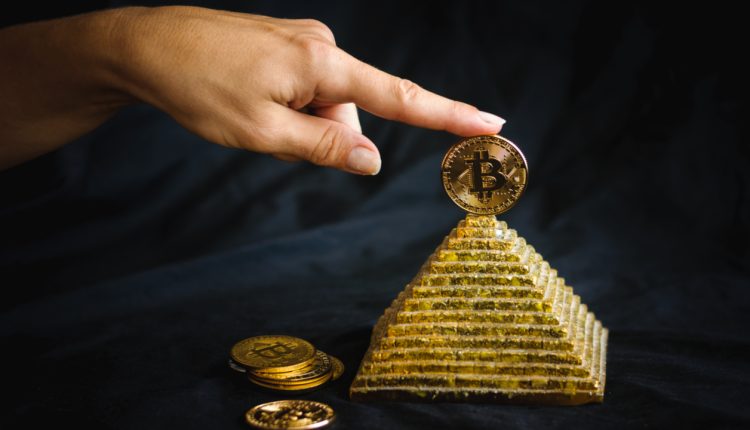 Many of the financial pyramids identified in Russia during the first quarter of the year have been associated with cryptocurrencies, a top central bank official has revealed. Fraudsters are actively exploiting the hot topics of the day, including the sanctions theme.

Amid growing financial uncertainty, Ponzi schemes advertising opportunities to invest in digital assets are mushrooming in Russia. Of all financial pyramids detected by regulators in the first three months of 2022, well over half have used cryptocurrency as a lure.

“Schemes based on transfers using cryptocurrencies or investments in ‘digital instruments’ have received another impetus,” Valery Lyakh, director of Bank of Russia’s Department for Combating Unfair Practices told Tass news agency. More than 58% of the pyramids identified by Russian financial authorities in the first quarter of this year were linked to cryptocurrencies, Lyakh detailed.

As usual, the scammers take advantage of the trending topics in the news, the high-ranking representative of Russia’s monetary authority added. “Against the backdrop of financial uncertainties, calls to ‘save money’ in foreign jurisdictions, invest in a foreign project, in foreign securities are popular,” Lyakh elaborated.

Investment proposals like these have been made in the past but now fraudsters also exploit the sanctions imposed on Russia over its invasion of Ukraine, Valery Lyakh pointed out. They are talking about projects in countries that are not supporting the measures against Moscow and offers to circumvent restrictions on international payments have become the new trick to convince victims to send their money, he added.

The possibility of Russia employing cryptocurrencies to evade sanctions has raised concerns in the West but a recent report by Moody’s suggests that Moscow’s ability to avoid the penalties using digital assets is limited by the relatively small size of the crypto market and its low liquidity. The rating agency acknowledged, however, that small crypto transactions made by Russians have increased.

Crypto investment was the main theme of the notorious Finiko Ponzi scheme, Russia’s largest in recent years, which collapsed last summer after receiving over $1.5 billion worth of bitcoin between December 2019 and August 2021, according to Chainalysis. Russian law enforcement recently arrested six more members of Finiko involved in defrauding thousands of victims in Russia, other former-Soviet countries and around the world.

Do you expect scams offering Russians to evade sanctions with cryptocurrencies to increase further? Tell us in the comments section below.

Govt to invite financial bids for SCI sale by September; Shipping House, MTI to be hived off