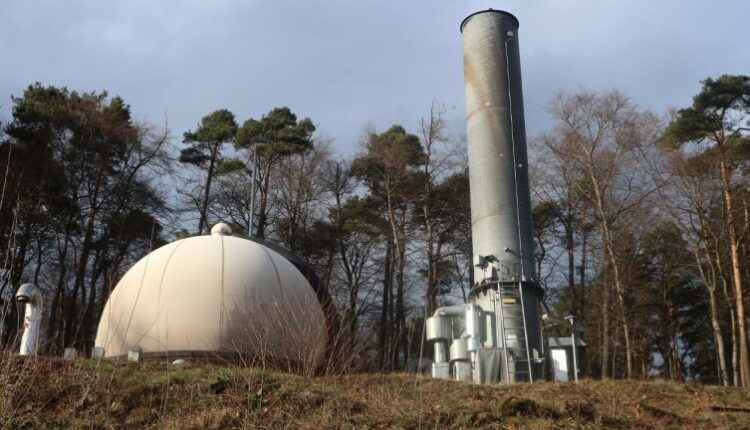 On August 9, a firm that uses landfill methane to fuel bitcoin miners, Vespene Energy, announced the company has raised $4.3 million in a funding round led by Polychain Capital. Vespene aims to use the funds for its pilot in California by using landfill methane to mine bitcoin and “mitigate a major source of greenhouse gas emissions.”

Vespene Energy Raises $4.3M in Funding Round Led by Polychain Capital, Firm Aims to Give Landfill Owners the Ability to Monetize Landfill Methane

Vespene Energy announced that the company has raised $4.3 million from a financing round led by Polychain Capital. According to the company’s website, the startup converts landfill methane into bitcoin value with no grid connections or pipeline buildout. Vespene essentially installs onsite data centers powered by micro-turbines, getting energy from municipal landfills’ methane.

“We are excited to partner with Vespene as they build a creative solution to use mining to eliminate a potent greenhouse gas source, while making its energy mix greener,” the Polychain Capital founder said in a statement. Vespene Energy’s fundraising round comes at a time when there’s been a lot of negative attention focused on Bitcoin’s proof-of-work consensus mechanism and the energy the network uses.

While many believe much of the negative attention is misguided, a number of companies are helping the environment by powering bitcoin mining facilities with flare gas emissions. In fact, at the end of May, the CEO of Geneious and ESG analyst, Daniel Batten, published a report that shows bitcoin mining could help the environment a great deal. Batten’s study further highlights that bitcoin mining is possibly the best way to reduce methane and could eliminate the world’s carbon emissions by 5.32%.

Compass Mining also released a documentary video that’s centered around the subject of bitcoin mining and its relationship with the oil and gas industry in Wyoming. The U.S. Environmental Protection Agency (EPA) says that America’s landfills account for 15% of methane emissions, but studies show the numbers could be much higher. According to the company website, Vespene’s tech curbs methane, VOCs, CO2, and NOX emissions.

“Our goal is to mitigate a major source of greenhouse gas emissions and help fuel the transition to a renewable energy future by using Bitcoin mining to turn landfill methane streams into revenue streams for our customers,” Adam Wright, Vespene’s co-founder and CEO, said. Wright concluded:

Because our sites require no connection to the grid or pipeline buildout, we can rapidly turn otherwise harmful and wasted landfill methane into a clean power source for carbon-negative Bitcoin mining.

What do you think about Vespene Energy’s capital raise of $4.3 million led by Polychain Capital? Let us know in the comments section below.