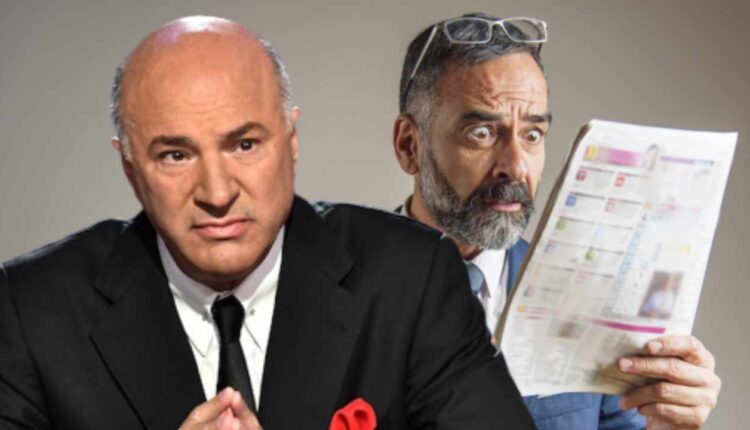 Shark Tank star Kevin O’Leary, aka Mr. Wonderful, has warned of an impending “big panic event” in the crypto space. “I don’t believe we’ve seen the bottom yet and I have a different view of it,” he said.

Kevin O’Leary Warns of a ‘Big Panic Event’ in Crypto

He was asked how far the price of bitcoin could fall and whether BTC could drop to $13K as some people have predicted. “It’s impossible to know where the bottom is,” O’Leary replied, adding:

I don’t believe we’ve seen the bottom yet and I have a different view of it.

Referencing his past experience, the Shark Tank star said: “I go back again to other asset classes that I have invested in for decades. In every case — traditional bonds, traditional equities, real estate, alternative asset classes — bottoms are reached with an event, a panic event as I call it, and you can find it in every asset class.”

We haven’t seen that yet in crypto land. There’s no big guy that’s gone to zero yet and I think that’s still to come.

He added that it is difficult to predict who will fail next “because it’s going to be because of leverage and some kind of relationship in a counterparty holding that they have not disclosed.”

He said Voyager, the crypto lender that filed for Chapter 11 bankruptcy last week, is too small to matter. “The rest of these guys were kind of irrelevant in terms of total market cap,” he opined.

The Shark Tank star pointed out that the crypto market, including bitcoin, “has almost been cut in half in total market cap, so you would think we are on our way to the bottom.”

However, he stressed: “I like a big, big panic event. That’s always been a great way to bottom — It’s towel throwing, it’s capitulation, it’s massive volume, it’s total panic in the streets — and always a great buying opportunity.” He elaborated:

I have no idea who is next. [It] could be tomorrow morning, could be a month from now, but it’s coming to a theater near you.

Mr. Wonderful concluded: “It will definitely be a very good thing for this industry. It’ll be a great thing because it’ll take out all of the bad, broken business models, the heavy leverage, the speculation that was too risky.”

The Shark Tank star has predicted that trillions of dollars will flood into crypto from institutional investors once the regulators adopt a crypto policy. He believes that crypto will become the 12th sector of the S&P. In June, O’Leary revealed he is holding 32 positions in the digital asset space and is not selling any despite the crypto market sell-off. “I’m not selling anything … Long term, you just have to stomach it. You have to understand you’ll get volatility, and that some projects aren’t going to work,” he emphasized.

What do you think about Kevin O’Leary’s predictions? Let us know in the comments section below.

Demystifying 5G: Not just better network speeds, but opportunities for a wide variety of new services as well