iQOO Neo 6 India launch on May 31, to come with Snapdragon 870 chip and 80W fast charging 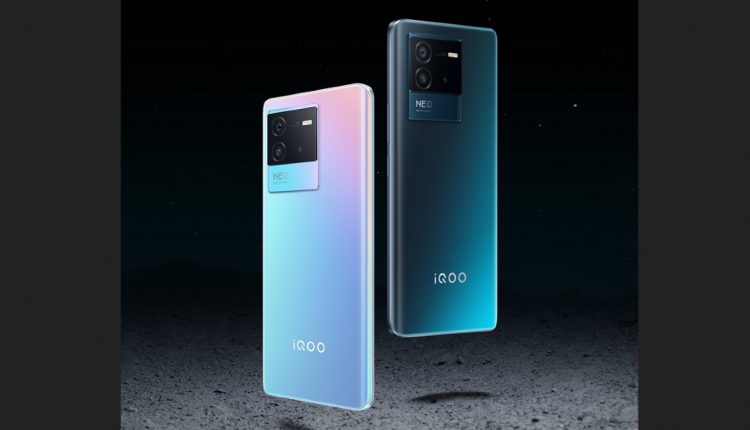 iQOO Neo 6 launch in India is set for May 31. This will be iQOO’s first “Neo” series phone to launch in India. Ahead of launch, the Vivo spin-off has revealed a few key specs of the phone in question. The iQOO Neo 6, in India, will be powered by a Qualcomm Snapdragon 870 chip and support 80W fast charging.

The model sold in China comes with Qualcomm’s Snapdragon 8 Gen 1 chip, which is to say that the version coming to India, is slightly different. There is a slight possibility that the iQOO Neo 6 India variant will be a rebranded iQOO Neo 6 SE which was also recently launched in China. Either way, we will know soon enough.

iQOO has confirmed that the India-bound iQOO Neo 6 will come with a flagship-grade “cascade cooling” system and 4D vibration in games with a linear motor. It is further said to come with 1200Hz instant and 360Hz touch sampling rate. iQOO Neo 6 will be available in two colourways— Dark Nova and Cyber Rage.

iQOO Neo 6 sold in China has a 6.62-inch 1080p AMOLED display with a 120Hz refresh rate and hole punch cutout. This houses a 16MP selfie camera. The phone boots Android 12-based OriginOS and is powered by a Snapdragon 8 Gen 1 chip paired with up to 12GB RAM and up to 256GB storage.

For photography, it has a triple rear camera setup with a 64MP OIS main, 12MP ultrawide, and another 2MP depth camera.

Rounding off the package is a 4,700mAh battery with 80W fast charging.

Also Read | iQOO 9 Pro review: Serious contender for one of the best Android flagships of 2022

Highlights May 23: Cryptos in the green, LUNA holders vote to rebuild protocol