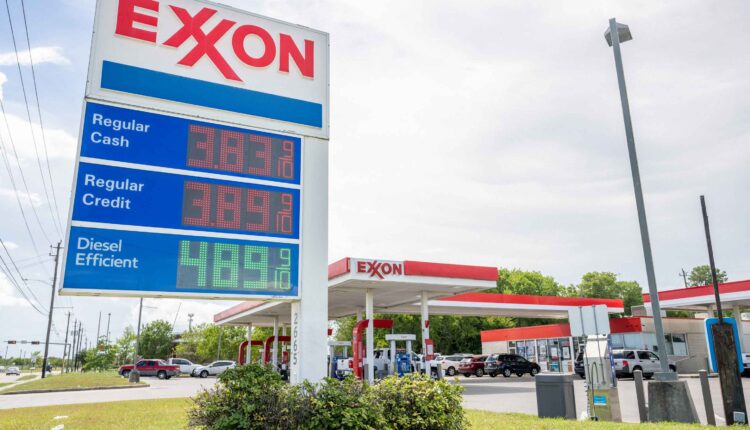 Gas prices continue to fall, notching seven straight weeks of decline and providing much needed relief on household budgets all across the country.

The national average for a gallon of regular gas is nearing the $4 mark and, as of Wednesday, is already at or below that price in 20 states, according to data from the automotive club AAA. The country-wide average is currently $4.16, a drop of 65 cents from a month ago.

The price for a gallon of regular gas hit an all-time high of $5.01 in mid-June, contributing heavily to that month’s fresh four-decade high inflation rate of 9.1%. Since then, drivers have been able to save money on gas as prices steadily tumbled coast to coast.

Texas currently enjoys the nation’s lowest average gas prices at $3.66 per gallon. Gas prices are the highest in California, as per usual, at $5.56, and all states have seen steady declines in recent weeks.

Though gas prices are always unpredictable, some analysts expect prices to keep dropping in the weeks ahead.

Why are gas prices going down?

As gas prices fall, the Biden administration is taking a victory lap.

White House Press Secretary Karine Jean-Pierre highlighted the trend to reporters Monday, flanked by a large chart displaying the steady decrease in gas prices since June, noting that a family with two cars is saving an average of $80 per month.

“More than half of all gas stations across the United States now offer gas for less than $4 a gallon,” President Joe Biden tweeted Wednesday.

While the declining prices are notable, gas prices are still historically high. This time last year, gas was roughly $1 cheaper per gallon.

President Biden has taken steps to try to tame gas prices, including the release of 1 million barrels of oil per day from U.S. stockpiles as well as keeping E85 gasoline, a cheaper blend of gas that includes higher levels of ethanol, on the market until September 15. (E85 is typically restricted during the summer months because of air pollution concerns.)

However, no politician can take credit for the drop in gas prices, according to Patrick De Haan, the head of petroleum analysis at GasBuddy. Rather, he says, it’s a mixture of market forces and seasonal demand shifts: higher prices in the summer, lower prices in the fall and winter.

Plummeting crude oil prices are also a major factor. According to the U.S. Energy Information Administration, the price of oil makes up about 55% of the price consumers pay at the pump.

Following Russia’s invasion of Ukraine, the price per gallon of oil on the West Texas Intermediate, the benchmark exchange for U.S. oil, hit a 2022 high of $123.70 in early March. When gas prices peaked in mid-June, they followed another major spike in oil prices just days prior. Since then, oil prices have crashed, and gas prices have followed suit.

So far in August, oil prices have stayed below $95 per barrel.

How low will gas prices drop?

If oil prices hold steady — or continue to drop — the price for a gallon of gas is expected to soon fall below $4 nationwide.

According to De Haan, more than 81,000 stations are selling gas at $3.99 or less, and he estimates that the national average will reach that point in about a week. “Americans today will spend $340 million less on gasoline than mid-June,” he tweeted Wednesday.

As normal seasonal factors kick in, as De Haan highlighted, prices could go even lower in the fall.

However, AAA data suggests that we might not be able to rely on the seasonal dip in prices in the coming weeks because Americans made significant changes to their driving habits during the summer to cope with record-high gas prices. Now that gas prices are falling, Americans might return to their normal driving habits thus increasing demand.

AAA says that could slow the rate of decline, but that doesn’t necessarily mean gas prices will rise.

“Consumers appear to be taking the pressure off their wallets by fueling up less,” AAA spokesperson Andrew Gross said last week. “And there’s reason to be cautiously optimistic that pump prices will continue to fall, particularly if the global price for oil does not spike. But the overall situation remains very volatile.”

Before the war between Russia and Ukraine, the Energy Information Administration projected gas prices would fall well below $3 per gallon this year. Obviously, that forecast did not factor in the war and the ensuing tumult to oil markets. Should oil markets and supply begin to stabilize, though, gas prices may start heading in that direction again. Likewise, a recession could also keep the price of oil down.

All these signs point to even cheaper gas on the horizon.

“I think in the short term,” De Haan said of gas prices during a panel on the oil market Wednesday, “there’s still plenty of room to decline.”

Binance has ‘a lot of dry powder’ for crypto acquisitions: CEO

Two old-school cryptocurrencies that could surprise investors in 2022