Here’s the Real Reason for Sky-High Home Prices, According to New Research 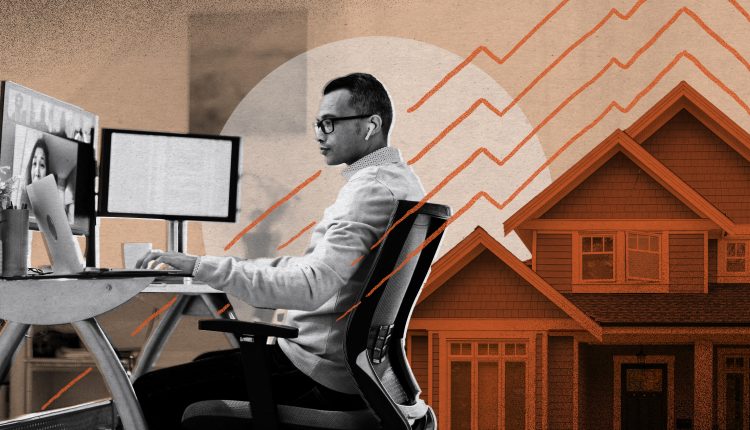 Is there a housing bubble? On the surface it sure could look like that: Home prices have soared soared roughly 20% in the past year alone, pushing affordable housing out of reach for many hopeful buyers.

But according to a new paper published by the National Bureau of Economic Research, more than half of the 24% price growth between the end of 2019 and November 2021 was fueled by the pandemic-induced shift to remote work — not the price speculation that is typical of asset bubbles.

Authors John A. Mondragon of the Federal Reserve Bank of San Francisco and Johannes Wieland of the University of California, San Diego, also found that government stimulus measures during the pandemic (which have been criticized for their role in stoking inflation) were “less important factors” than remote work when it comes to housing prices.

The advent of remote work was largely responsible for an explosion in demand for housing, the researchers reported. As employers adopted flexible work-from-home policies over the last two years, employees sought out more space, often in cheaper and sunnier cities like Phoenix and Tampa.

Rock-bottom mortgage rates also meant potential buyers could afford more house for lower monthly payments. And with new construction constrained by supply chain issues, there simply haven’t been enough homes on the market to satisfy the number of people looking to buy. That led to ultra-competitive bidding wars and sky-high prices.

The paper’s authors call this a “fundamentals-based” explanation for price growth, meaning that the rise in home prices is linked to measurable market forces like supply and demand, mortgage rates and new construction. Bubbles, on the other hand, happen when prices become “unhinged from fundamentals.”

“My feeling is we could see a leveling off in prices, but not a 20-to-50 percent drop,” Anne K. Thompson, co-author of a recent paper on homebuyer behavior, recently told the Brookings Institution. “People probably wouldn’t lose their homes.”

Remote work and the future of the housing market

With more than 40% of people working remotely either full- or part-time as of last November, it’s clear that the lifestyle changes brought on by the pandemic aren’t going away any time soon — especially given the popularity of working from home.

Either way, they wrote, “the future of remote work may be critical for the path of housing demand and house prices going forward.”

Bubble or No Bubble? What History Tells Us About the Likelihood of a Housing Crash This Year

Why the Housing Market Isn’t Cooling Off, Even as Prices and Mortgage Rates Surge

8 Best Mortgage Refinance Companies of May 2022