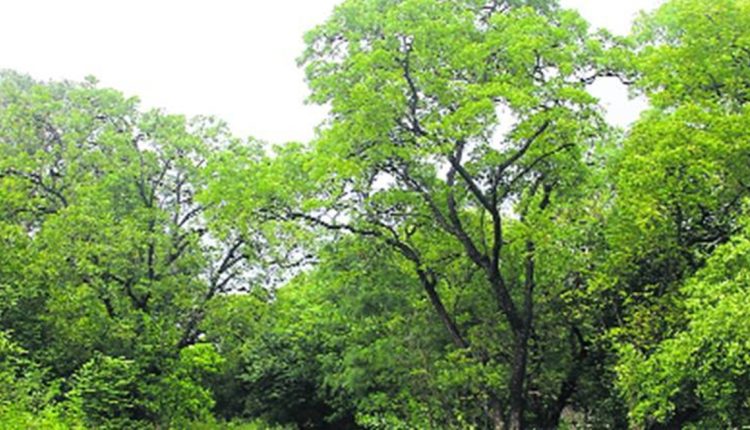 Growing trees in agroforestry systems — a landscape restoration technique where farmers add trees to their land — and in and near cities can offer many environmental and socioeconomic benefits, according to a study by the World Resources Institute (WRI) India.The study by the global research non-profit organisation also identified 10 types of incentives — seven monetary and three non-monetary — that policymakers use to encourage farmers to grow trees.

Subsidies for planting material like saplings and infrastructure — greenhouses and irrigation — emerged as the most commonly available and utilised incentives, followed by direct technical assistance to farmers from government agencies.The 2022 Intergovernmental Panel on Climate Change (IPCC) Sixth Assessment Report from Working Group II on climate impacts, adaptation and vulnerability reveals that India is among the countries that climate change will impact the most as temperatures and sea levels rise and weather patterns shift, the authors of the study noted.That challenge is accelerating as fragmentation and declining productivity of the country’s terrestrial ecosystems, including 45 per cent of its farmlands, are undermining the ability of dependent populations — like farmers, forest dwellers and tribal or indigenous communities — to sustain themselves, they said. Ruchika Singh, one of the authors of the study, said a glaring critical gap is the lack of incentives for native species and traditional agroforestry models for restoration.

“Considering trade-offs while planning for landscape restoration and growing trees is critical. For instance, the sole impetus on increasing tree cover overlooks traditional agroforestry practices that communities have used to grow native trees within their landscapes,” Singh, Director – Sustainable Landscapes and Restoration, WRI India, tod PTI in an email interview.

“Developing restoration strategies using an inclusive and landscape approach, shifting incentives to suit the local context, and strengthening enabling conditions for existing incentives is crucial,” she explained.The authors noted that there are multiple social, economic, and environmental benefits of growing native trees outside forest areas using a landscape approach where ecologically appropriate.

The benefits range from mitigating urban heat island risks, improving biodiversity and soil health in rural landscapes, and mitigating climate change.These are in addition to the benefits like improving water quality, jobs and livelihoods, and providing provisioning ecosystem services, such as food and fodder, for the communities dependent on the land for sustenance, they said.Singh said there is a need to incentivise agroforestry models that promote growing native tree species and traditional agroforestry models.

“Lessons can be gleaned by policy and decision-makers on programmes that protect native trees and enhance community livelihoods to incorporate those as incentives,” the researcher said.”Focus on inclusive planning and clarifying policy and regulations around tenure and tree tenure is critical, especially for tenant and women farmers. This is also mentioned in the National Agroforestry Policy 2014 and needs sustained attention,” she explained.

The report stated that although different state governments have been taking steps to expand trees outside forests, large scale plantation drives take away focus from more socially and ecologically appropriate restoration interventions and creates scarcity of high-quality planting material, among other things.”The government can extend incentives like minimum support price for minor forest produce for trees outside forest produce. This can also improve value chains and marker conditions for tree products grown outside forest areas to incentivise farmers to restore farmlands,” they said.

The authors of the report adopted a mixed-methods approach for conducting this study, focusing on quantitative and qualitative analysis.They selected six states — Gujarat, Karnataka, Maharashtra, Odisha, Punjab, and Telangana — for a comparative analysis based on fund allocation, release, and utilisation for policy or schemes the extent of trees outside forest (ToF) areas, and flagship policies on ToF.

“We developed a research framework to analyse the policy instruments and modality of delivery of incentives to capture both monetary and non-monetary incentives,” said Singh.The framework aided the authors in capturing the information systematically.

A rigorous analysis of implementation experience in the six states was undertaken through secondary literature review and primary data collected through key informant interviews with 43 key stakeholders from government, civil society, the private sector, and farmers.