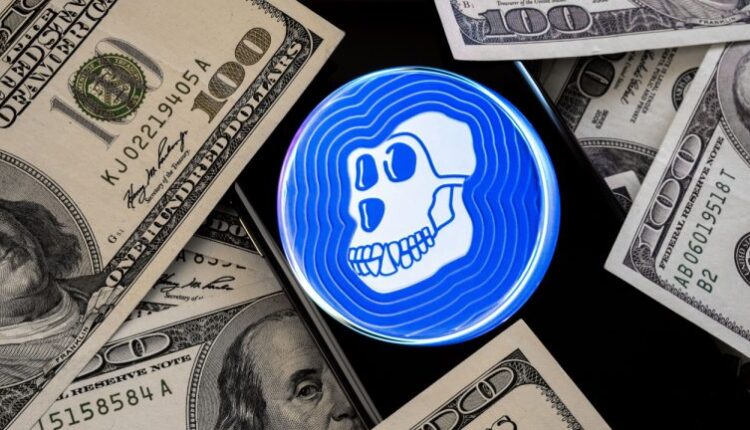 Apecoin rose for a fourth consecutive session on Wednesday, as prices of the token climbed by as much as 5%. Today’s surge sees the token move to its highest level since last Friday. Helium was another notable gainer on hump day, rising by as much as 14% earlier in the day.

Apecoin (APE) was one of Wednesday’s big movers, as prices of the token rose for a fourth consecutive session.

As a result of today’s surge, APE moved further away from its $5.00 floor, and climbed higher towards a key resistance level of $5.80.

Although it appears that bulls may be able to recapture this ceiling, there seem to be some significant obstacles ahead, which could prevent prices from rising any further.

Looking at the chart, the 14-day relative strength index (RSI) is currently tracking at 37.87, which is marginally below the resistance level of 40.

Should APE bulls want to move beyond $5.80, and potentially break into $6.00 territory, then they will need to overcome the upcoming ceiling.

Whilst APE was a notable mover on Wednesday, Helium (HNT) was one of the day’s biggest gainers.

Following almost 12 days of lower lows, which landed the token at a bottom of $6.30 on Monday, HNT rallied to a six-day high earlier today.

HNT/USD surged to a peak of $7.66 during Wednesday’s session, which is the highest point the token has traded at since last Thursday.

Today’s rebound saw HNT marginally break out of its resistance level at the $7.55 mark, attempting a similar rally to what occurred on May 30.

History has yet to repeat itself, with the token trading below earlier highs as of writing, and traders likely securing profits opposed to holding on to previous positions.

Could helium recapture the $10.00 mark in upcoming weeks? Let us know your thoughts in the comments.

John McAfee Is Alive, Hiding Out in Texas, Ex-Girlfriend Claims in Netflix Documentary