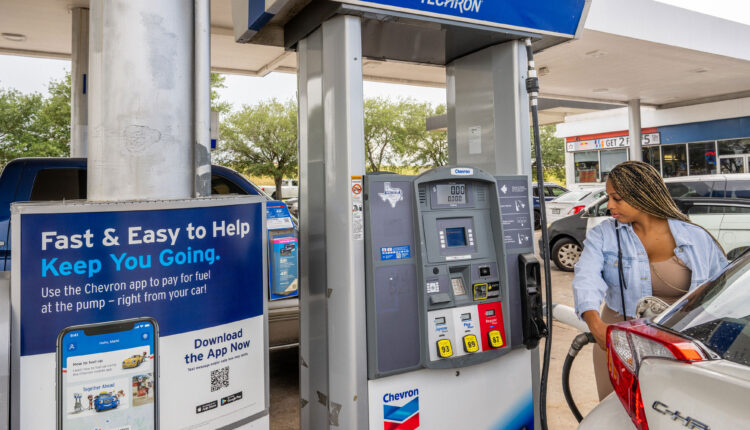 There’s more good news for drivers who are eager to save money on gas.

On average, the price of a gallon of regular gasoline in the U.S. has dropped to $3.99, according to the price-tracking app GasBuddy. Gas prices crossed back below the $4 threshold just a couple months after peaking at more than $5 per gallon earlier this summer.

Auto club AAA’s data shows a national average price that’s still above $4 as of Tuesday — $4.03 per gallon, to be precise. That’s slightly higher than GasBuddy’s average, but still roughly $1 less than peak prices in June.

In a blog post on Tuesday, De Haan said the wild swings in the price of gas this year are highly unusual. “We’ve never seen anything like 2022 at the pump,” he said, “highlighted by once-in-a-lifetime events including the ongoing Covid-19 pandemic, which caused myriad imbalances, exacerbated by Russia’s war on Ukraine.”

Those once-in-a-lifetime events pushed gas prices up at the fastest pace ever recorded over a three-week span, from $3.53 per gallon at the end of February to $4.32 in mid-March.

Will gas prices go down more?

Gas prices depend on a variety of factors, including the price of crude oil and demand from drivers. Oil prices have fallen from roughly $105 per barrel a month ago to about $92 per barrel today, and further declines could mean even lower prices at the pump.

“Oil is the primary ingredient in gasoline, so less expensive oil is helpful in taming pump prices,” Andrew Gross, AAA spokesperson, said in a blog post on Monday. “Couple that with fewer drivers fueling up, and you have a recipe for gas prices to keep easing.”

But there’s no guarantee.

“While the recent drop in gas prices has been most welcomed, the issues that led to skyrocketing prices aren’t completely put to bed,” De Haan cautioned, “and still could lead prices to eventually climb back up, should something unexpected develop.”