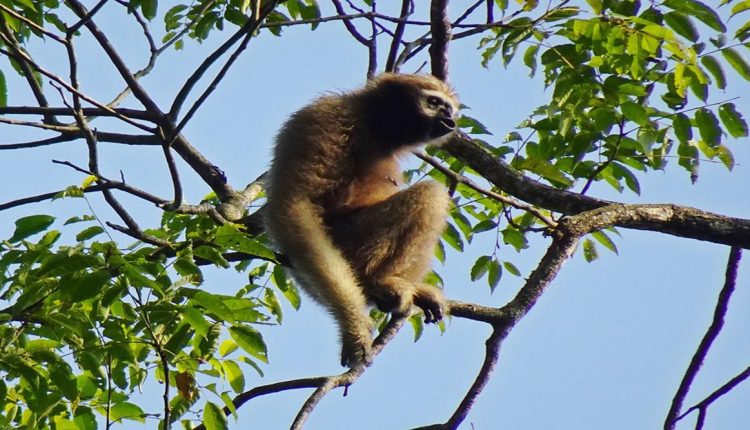 In its latest study, the Hyderabad-based CSIR-Centre for Cellular and Molecular Biology has shared details on the population of western hoolock gibbons in India’s North-eastern region. The study found that these species are mostly found in the region surrounded by large rivers. They also pose barriers to populations on either side.

According to an Indian Express report, disturbances due to the landscape caused by human beings increased the problem, leading to an increase in isolated subpopulations which are part of a wider ‘metapopulation’.

Dr Govindhaswamy Umapathy, during an email interaction with indianexpress.com pointed out, “ when we extract DNA from faecal samples, we find all kinds of DNA, including from food, but we only amplify further using primate specific markers for further analysis where in other species’ DNA will be left behind.”

Earlier too, faecal has been used to study population size, occupation and other details among various species. Umapathy also said, ‘barcoding undigested and digested food materials can be done using barcode markers to identify food species.’ Faecal samples were then supplemented by blood samples of hoolock gibbons that were kept in zoos.