EUR Drops Below USD for the Second Time in 20 Years, Greenback’s Strength Leads to Largest Weekly Rise Since March 2020 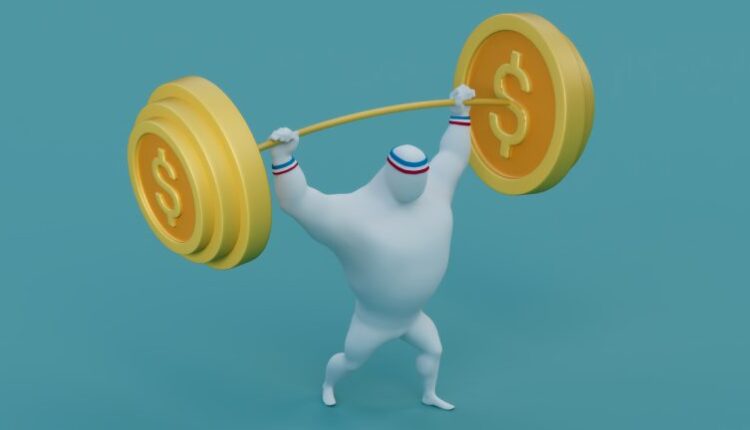 The U.S. dollar has been very strong compared to a myriad of fiat currencies worldwide and this week, the euro dropped below the USD for the second time in 20 years after meeting parity with the dollar in mid-July. The dollar’s recent brawniness has resulted in the largest weekly rise since March 2020, according to Commodity Futures Trading Commission (CFTC) data.

On Monday, the Dow Jones Industrial Average dropped 400 points as inflation fears continue to grip Wall Street. The four major stock indexes — NYSE, Nasdaq, Dow, and S&P 500 — all started off the morning (EST) in red compared to the gains recorded last week. Gold and silver markets have felt downward pressure this week as both precious metals are down in value on Monday morning. Furthermore, the global cryptocurrency market capitalization is down 1.4% today as well, and hovering just above the $1 trillion mark.

The start of the week has seen the euro falter below the U.S. dollar for the second time in 20 years. At the time of writing, the two fiat currencies are trading for the exact same amount of value but the euro slipped down to $0.99 early Monday morning (EST). The euro dropping below and meeting parity with the USD also took place on July 12, 2022, when the USD rose to 1.0098. On Monday, August 22, the dollar index (DXY) continues to show strength at 108.711.

Reuters reports that the euro’s drop on August 22 is due to an energy and petroleum crisis Europe has been dealing with since the start of the Ukraine-Russia war. Meanwhile, Reuters also crunched data stemming from the CFTC and the numbers show the “U.S. dollar net longs hit highest since early March 2020.” Many believe as long as the war persists and the Federal Reserve continues interest rate hikes and monetary tightening, the greenback will remain robust.

In addition to the robust dollar and the war in Europe, China’s economy has been dealing with a major real estate crisis. Earlier this week the mega theater chain in China Cineworld, has shown signs of financial weakness and it was speculated that the company was near bankruptcy. On Monday, China’s central bank cut the benchmark lending rate and the mortgage reference rate to ease the economy’s pressures.

With the strong dollar, Wall Street’s main indexes in the red, gold and silver down, and the crypto economy floundering, reports indicate that the fear stems from the Federal Reserve’s next rate hike. However, after the U.S. central bank raised the federal funds rate by 75 basis points (bps) last month, estimates gathered by Reuters say the Fed may be softer this month.

“The U.S. Federal Reserve will raise rates by 50 basis points in September amid expectations inflation has peaked and growing recession worries, according to economists in a Reuters poll,” the report detailed.

‘Change Agents’: Black and Hispanic Investors Want Their Portfolios to Match Their Values