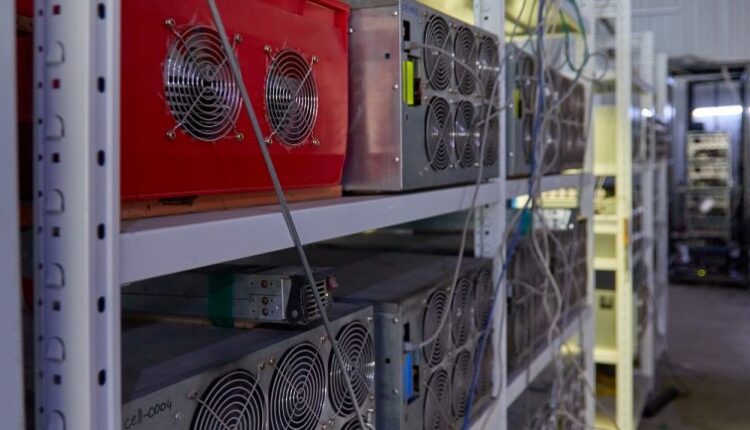 Power needs of cryptocurrency miners in Russia have grown significantly since 2017, with consumption of electrical energy seeing a 20-fold increase over the five-year period. In 2021, the minting of the coin with the largest market cap, bitcoin, required 1.25 gigawatts in the country. Experts say, however, that Russia has the spare capacities to satisfy much larger demand.

Crypto Miners Spend as Much Power as Russian Farmers

Electricity consumption in Russia’s crypto mining industry has been constantly rising since 2017, a new study has established. The positive trend led to an annual increase of at least 150%, according to specialists working for mining hardware importer Intelion Data Systems.

The extraction of bitcoin (BTC) alone needed 1.25 gigawatts of energy in 2021, their calculations show. The volume of electricity used for the production of other major cryptocurrencies, such as ether (ETH) and litecoin (LTC), can be an additional 40-50% of BTC’s consumption, the researchers say.

Various government institutions estimate that cryptocurrency mining accounts for between 0.64% and 2% of the total electricity consumption in the Russian Federation, the business news portal RBC and other Russian media revealed, quoting Intelion’s report. That’s about as much as agriculture’s share of the total consumption.

The prospects for the development of the crypto market in the Russian Federation look quite serious and require the legalization of activities like mining, Novie Izvestia noted in an article. With almost all types of electricity generation at its disposal — nuclear power plants, hydropower facilities, and a surplus of other capacities — Russia is in a position to achieve highly efficient cryptocurrency mining.

Russia’s largest industrial-scale mining operators consume 40-45% of the electricity used for mining in the country. The share of these miners in the total volume of consumption has been growing by an average of 5% to 7% each year, the study has found.

Such a significant increase, once the sector is legalized and organized through transparent regulation, will entail significant positive shifts at the macro level, like growth in employment of highly skilled workers, development of related industries and further digitalization of the economy, the authors believe.

“Growing interest in energy-intensive blockchain computing in the context of a significant surplus of energy resources in a number of Russian regions, undoubtedly, opens up new opportunities not only for participants in this market, but also for a significant number of industries and business areas related to this market,” Intelion Data Systems CEO Timofey Semyonov commented.

In July, Semyonov’s company published another report concluding that Russia could become a large player in the crypto mining space. That study listed the nation’s most attractive regions for coin minting operations, including the capital Moscow and the adjacent Moscow Oblast, Karelia, Buryatia, Khakassia, Krasnoyarsk, Sverdlovsk, Murmansk, and Irkutsk.

Bitcoin mining is among the crypto-related businesses that still await comprehensive regulation in Russia, which, as of January 2022, controlled close to 5% of the monthly global hashrate, according to the Cambridge Institute for Alternative Finance. However, Russian miners were later hit by U.S. sanctions imposed over the war in Ukraine. Most officials in Moscow agree that crypto mining should be regulated and taxed like other industrial activities.

Do you expect Russia to overcome the current challenges and realize its potential to become a leader in the crypto mining space? Share your thoughts on the subject in the comments section below.