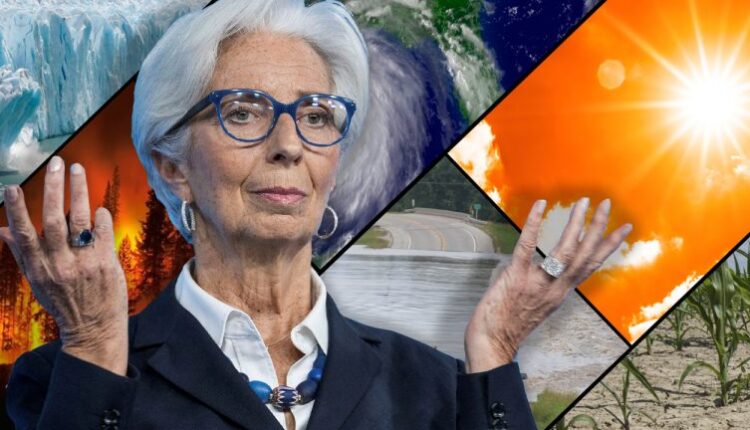 According to the French politician currently serving as the president of the European Central Bank (ECB), Christine Lagarde, Europe’s scorching hot inflation can be blamed on climate change. During her interview with Madame Figaro, Lagarde stressed that people need to take into account that “climate disasters” affect price stability a great deal.

“Central banks are likely to face a higher sacrifice ratio compared with the 1980s,” Schnabel said on Friday. “Even if prices were to respond more strongly to changes in domestic economic conditions, as the globalisation of inflation makes it more difficult for central banks to control price pressures,” the ECB executive board member added.

Largarde is not the only person that has connected inflation to the alleged long-term shifts in temperatures and weather patterns worldwide. On August 15, the New York Times published an editorial on how specific policies can fight inflation by battling climate change at the same time. The Biden administration is following the same trend, as the recently implemented bill called the Inflation Reduction Act, claims to reduce inflation by fighting climate change.

Largarde wholeheartedly believes climate change has affected price stability and she noted that further climate disasters could hurt the global economy. “If more and more climate disasters, droughts, and famines occur throughout the world, there will be repercussions on prices, on insurance premiums, and on the financial sector,” Largarde insisted during the Madame Figaro interview (English translation here). The ECB Chief further added:

Europe is struggling with rising energy costs tied to the Ukraine-Russia war, but a number of media publications insist that “extreme heat in the U.S., Europe, and China is slamming economies around the world and making inflation worse.” Analysts also assume that Europeans may face an extremely harsh winter when the seasons change. During Largarde’s interview published on August 25, the ECB president was asked if she bears “any weight of the responsibility” when it comes to Europe’s gloomy economy.

“Yes, absolutely,” Largarde remarked during her interview with the French media outlet. “I still buy my groceries at the supermarket, pay my own bills, including my gas bills, and meet people at the market, as life here at the ECB can be a little removed, disconnected, and punctuated with econometric models and projections. I move forwards with a sense of duty and humility.”

What do you think about ECB president Christine Lagarde saying climate change is to blame for the scorching European inflation? Let us know what you think about this subject in the comments section below.