Climbing Mortgage Rates and Stiff Competition: Everything to Know About Buying a House This Spring 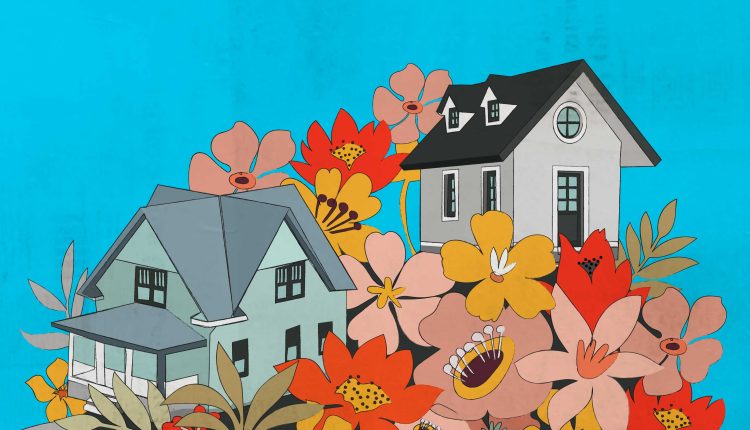 Spring is always a hot time for housing — and this year will be no different, at least at the start. According to industry experts, home prices will rise, demand will be strong and bidding wars, unfortunately, will yet again be the norm.

“I think that early spring is shaping up to be as hot, perhaps even hotter than last year, which I know is hard to believe,” said Danielle Hale, chief economist at Realtor.com, in March.

We’re a year out from those days, but market conditions will feel largely the same for buyers. While mortgage rates are higher (by more than two full percentage points), demand is still incredibly strong, and homes are selling at intense speeds — six days faster than a year ago.

It will likely feel like déjà vu for buyers (many of whom are back for another try after missing out last year), but Hale and other experts say there may be reason for optimism. In fact, that high-octane market we’ve grown accustomed to is starting to show signs it may let off the gas pedal soon.

“I think as we move later into the spring and summer, there are a couple of reasons why the intensity is going to fall out,” Hale says.

Are you on the hunt for a home this spring? Here’s what experts say to expect — and why there just may be a light at the end of this frenetic homebuying tunnel.

The average rate on 30-year loans has jumped considerably since the start of the year. Near the end of April rates clocked in at 5.1% — an increase of 1.88 percentage points since the start of 2022, according to mortgage purchaser Freddie Mac.

Experts generally expect rates to continue climbing for the rest of the year. As Dale Baker, president of home lending at KeyBank, explains, “Interest rates are continuing to rise and projected to keep rising as the Fed takes action to battle inflation.”

At their March meeting, policymakers at the Federal Reserve voted to increase the federal funds rate for the first time in four years. Fed officials have signaled they plan to raise rates more dramatically at their meeting in May. Though the short-term federal funds rate doesn’t directly impact mortgage rates, it does influence investor behavior, which trickles down to mortgages.

“If you hold income constant, rates going from 3.2% to 5% is a loss of $92,000 in house-buying power,” says Odeta Kushi, deputy chief economist at First American Financial Company. “Consumers certainly will feel that loss.”

Still, it’s all about context. While rates are higher than borrowers saw last year, those were actually record-setting lows. And today’s average rate? It’s still low by historical standards. From 2000 to 2008, the average rate on 30-year loans ranged from 6% to upwards of 8%. In the 80s, it was well above 10%.

“Rates recently went up and, although it’s something any buyer should be aware of, money is still pretty cheap in comparison to past years,” says Steven Gottlieb, an agent with Coldwell Banker Warburg.

Get ready for stiff competition — at first

In the short-term, higher mortgage rates — and the promise of more rate increases on the horizon — actually heightened demand from buyers.

“We’re seeing an uptick in buying activity from buyers who have been on the fence,” said Jerimiah Taylor, vice president of real estate and mortgages at real estate tech company OJO Labs, in March. “Now that rates are rising, they are beginning to see how it’s impacting their affordability, so rather than continuing to wait and see, they are actively entering the market to get ahead of future rate increases.”

Now, mortgage applications and pending sales are starting to drop, but likely not enough to put buyers at ease. About 65% of buyers face a bidding war these days — down from February but still near record highs, according to real estate brokerage Redfin.

As rates continue to rise, though, some buyers will eventually get priced out. This could lead to a less competitive market later on in the year.

“I expect it to be less intense towards later spring and summer,” Hale says. “Rising mortgage rates are going to zap a lot of purchasing power for buyers, which means they’re just not going to be able to go after homes with the same aggressiveness that they might have before. I think it’s going to lead to a housing market that is way less intense and frenzied than we’ve seen recently.”

To be clear, experts don’t expect the market to flip tomorrow. The supply of for-sale homes is still very low, and sellers will continue to have the upper hand for the foreseeable future. Freddie Mac estimates the market is about 4 million homes short of demand.

That inventory shortage has led to a near-constant rise in home prices, only further eating into buyers’ options. The median listing price clocked in at $405,000 in March — the highest on record, according to Realtor.com. It’s also a 13.5% increase compared to last year.

As Kushi explains, “It’s possible that the affordability crunch we’ve been seeing from rising rates and the ongoing supply shortage may eat some of the full-throttle demand that we saw last year, but I’m still expecting a very strong seller’s market this spring.”

Shop around — and shop some more

Experts generally recommend getting quotes from at least three to five mortgage lenders to ensure you’re getting the best possible rate. In today’s rising rate environment, though, they say comparing your options is even more critical.

According to Kushi, different lenders could offer rates as much as a half-percentage point higher or lower. As she puts it: “Shop around. I cannot say it enough.”

(Money’s list of the best mortgage lenders can be a good place to start.)

“On March 17, the Freddie Mac benchmark was 4.16%, while lenders in our marketplace were still offering rates — without points — that were below 4%,” Heck says. “We could also see a wider disparity in mortgage pricing across lenders.”

Steven Kaminski, head of residential lending at TD Bank, also says he expects more discrepancies between lenders, particularly as refinancing — which made up the bulk of lenders’ businesses last year — falls by the wayside and competition for purchase business stiffens.

It’s not all about rates, though, he says. In addition to comparing lenders on interest costs, it’s important to weigh their loan options, too. TD Bank, for example, has a loan product that offers $5,000 toward a down payment and loans specifically designed for low-income borrowers.

“It’s down payment assistance programs like these and access to other resources that can impact budgets and potentially give buyers the leg up they need to be successful in this challenging market,” Kaminski says.

Preparation is key in today’s market. To start, have a handle on your priorities for the home. This can help you act quickly when a home hits the market and be more responsive in negotiations.

“Know what you really want and what’s a must-have and what’s nice-to-have,” Hale says. “If you do get to a situation where you have to choose and make trade-offs, you’ve already kind of thought it through.”

You should also have your ducks in a row financially. This means getting preapproved for a mortgage — which essentially means a lender has reviewed your finances and deemed you a good candidate for a loan. It’s a smart way to show sellers you’re serious about purchasing their property and, most importantly, that you’re a safe bet to secure financing.

“Being preapproved for a mortgage is always an important step in the buying process, but it’s even more important in a competitive market,” Heck says. “A preapproval letter gives you a sense of what you can afford before you start searching and allows you to move quickly when you want to make an offer.”

Finally, knowing your budget — plus how a rate hike would impact it — is critical as well. Hale calls this “rate-proofing.”

“Get preapproved with where rates are today, but also consider what would happen if rates were to go up, say another quarter of a point,” Hale says. “Know what that would do to your monthly costs and how comfortable you are with that, so that if rates do move higher, you already know how you need to adjust in response.”

How to Buy a House

Telegram Users Can Send and Receive Toncoin Within Messenger Chats