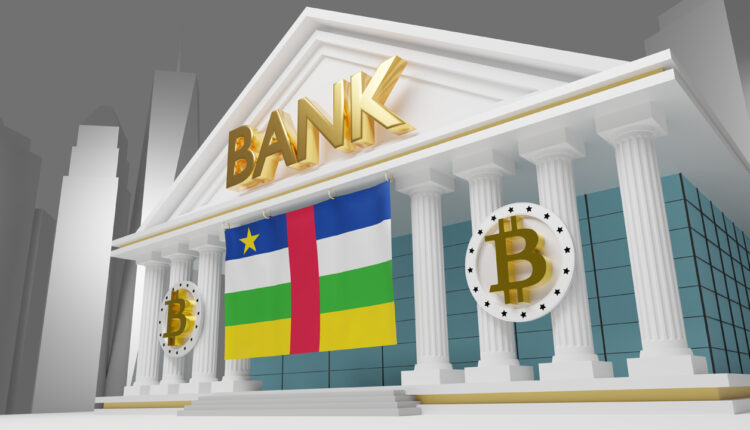 The Central African Republic’s token sale appeared to have gotten to a slow start after less than 13 million out of the 210 million Sango coins were sold since the commencement of the sale on July 25. The country has claimed its decision to adopt bitcoin has won praise from “other African countries exploring the possibilities of adopting a similar system.”

The sale of the Central African Republic (CAR)’s Sango crypto token, which commenced on July 25, has reportedly started off slowly with just under 13 million coins having been sold to date. With the initial selling price set at $0.10 per coin, it means the CAR has now raised approximately $1.26 million since the commencement of the sale, a website tracking the token sale has shown.

As previously reported by Bitcoin.com News, investors that wish to acquire their share of the 210 million Sango coins on offer must fork out a minimum of $500. Prospective buyers can pay using BTC or ETH.

While details about the coin sale as well as the technology used to anchor the crypto token remain murky, a press statement released by a team that is promoting the project appeared to address these and other concerns. In the statement, the CAR team starts by addressing reports that the Sango coin is backed by bitcoin. The CAR team said:

SANGO, the coin of the Sango sidechain, will be fractionally backed by Bitcoin, which in simple terms means that the Central African Republic Treasury will consist of a Bitcoin reserve fund.

Being backed by bitcoin, therefore, means “Sango will be able to operate with wrapped Bitcoin (s-BTC) in the Sango ecosystem.”

According to the CAR’s leadership, bitcoin is an “optimal solution for a digital store of value, allowing citizens to democratize money and currency.” The press release also said, “benefits include, partial decentralization and no risks of de-pegs, differentiating SANGO from stablecoins and CBDCs and ensuring that current monetary problems will be surpassed.”

In the press statement, the Sango team acknowledges that while the CAR has received a backlash over its decision to make bitcoin legal tender. However, in the press release, the team claimed the move has attracted the attention of leading figures in the crypto industry like Changpeng Zhao and Michael Saylor.

The statement also claimed the CAR has also been praised by “other African countries exploring the possibilities of adopting a similar system.” However, the statement does not reveal the names of the said countries.