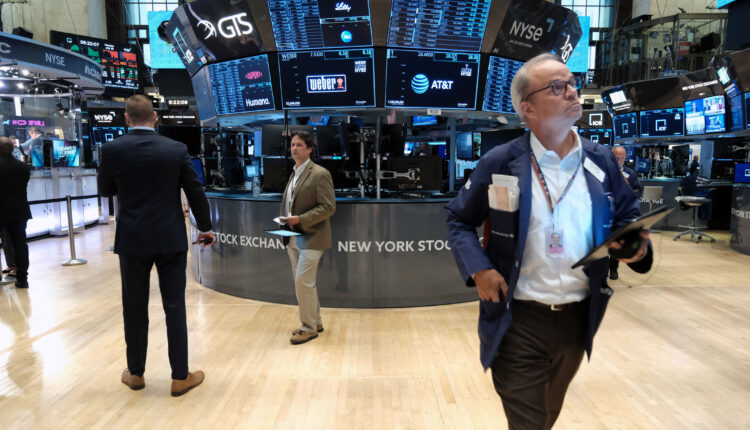 Stock prices appear to be making a comeback from their June lows. Will it last?

Stocks had a rough start to 2022. The S&P 500 ended the first half of the year down 20.6% — its worst showing for the first half of a year in more than five decades. But while stocks officially entered a bear market in June, they’ve since rallied.

The S&P 500 marked its third straight weekly gain last week, and the benchmark index is now down just around 14% for the year. Should investors get their hopes up yet?

“We’re not out of the woods yet, but the market seems to sense that better things lie ahead for the economy and for stocks,” says John Stoltzfus, chief investment strategist at Oppenheimer Asset Management.

Here’s what experts say about whether or not this stock market rally will continue.

Investors are getting more optimistic

Investors have been extremely pessimistic in recent months. But when investors get that bearish, there’s room to rally, Stoltzfus says.

And we’re seeing that pessimism turn around. The American Association of Individual Investors’ most recent sentiment survey showed that pessimism among investors about the short-term direction of the stock market fell for the fourth straight week while optimism was above 30% for the first time in over two months.

The jobs data released by the Labor Department Friday also provided some relief. The U.S. added 528,000 jobs last month, and the unemployment rate dropped to 3.5%.

“It shows the economy is in resilient shape and can withstand higher rates,” says Jason Draho, head of asset allocation Americas for UBS Global Wealth Management. This could allow the Federal Reserve to achieve a “soft landing,” he adds, which refers to when the central bank is able to raise interest rates enough to bring down inflation but avoid a recession.

Companies’ quarterly earnings are also providing a pleasant surprise for investors. As the earnings season begins to wind down, 74% of firms have reported results that exceeded estimates, according to a research note by Stoltzfus published Monday.

All eyes will be on the Fed

As you probably know thanks to higher bills for everything from gas to groceries, inflation is at a 40-year high.

Inflation has a big impact on the stock market, because investors react to what they think the Fed will do to battle those high prices. When inflation soars, the central bank often increases short-term interest rates. While the goal is to cool economic activity, higher interest rates also make it more expensive for consumers and businesses to borrow and spend money.

So investors keep a close eye on the Fed’s decisions about interest rate hikes.

The primary driving force behind the current rally in the stock market is that the markets are picking up that the “economic tightening cycle” is nearing a pause, Jim Paulsen, chief investment strategist at The Leuthold Group, told Money via email.

“The case for further Fed tightening is rapidly dissipating,” he adds.

The low may be behind us

Christopher Harvey, head of equity strategy at Wells Fargo Securities, says his firm doesn’t think we’re going to see a repeat of the stock market lows experienced in the first half of the year.

“We think the floor has now been raised,” Harvey says, noting that the Fed said it was going to front-load monetary tightening — and it appears that it did — so tightening will likely slow down from here.

Jeff Buchbinder, chief equity strategist for LPL Financial, says his firm also believes the latest rally has “increased the chances that the June lows hold,” according to written commentary shared with Money.

“The magnitude of the rally off the June lows is nearing the point at which retests become unlikely,” Buchbinder added.

While anything is possible, Todd Jones, chief investment officer at wealth management firm Gratus Capital, agrees that the stock market’s lows may very well be behind us. But he would recommend investors still have keep a higher level of cash than they might usually have and use a well-defined rebalancing process for their portfolio.

Short-term volatility is still a risk

Still, don’t expect the volatility we’ve witnessed in recent months to disappear. In fact, there’s a ton of uncertainty in the market right now, such as how the Inflation Reduction Act could impact markets.

But the big question is what the Fed will do next and the future of the economy. And that’s hard to predict.

“Volatility will continue because there’s enough uncertainty out there to justify it,” Stoltzfus says.

Jones says we could see a decent amount of volatility in the short term, especially since this is a midterm election year and those tend to be volatile years.

“It’s probably going to be sharp up-and-down moves within a pretty well-established range,” Jones says. “I call that going ‘violently nowhere,’ which is really frustrating to a lot of people and investors in particular, but it really is just the price that you have to pay for equities.”

Draho says UBS has been telling clients this is not an environment where you want to make big directional calls. That means you don’t want to get overly bearish and really reduce your stock allocations because you think there’s a lot more downside, but you also don’t want to be loading up on stocks on the idea that we’re right now starting a new bull market, he adds.

Long-term investors can be optimistic

While volatility will stick around as the markets continue to contend with major headwinds like slowing economic growth, tightening monetary policy, high inflation and rising interest rates, these headwinds may begin to lessen over the second half of 2022, according to David Sekera, Morningstar’s chief U.S. market strategist.

“As these headwinds dissipate, investors will become increasingly comfortable with moving investment allocations back into the equity markets,” Sekera told Money via email.

There are also signs in economic data that supply chain issues are lessening.

“That gives us some confidence that things are going to get better from the economic perspective,” says Paul Hickey, co-founder of Bespoke Investment Group.

Plus, we recently saw back-to-back quarters of negative gross domestic product (GDP) growth. While traditionally that’s been the unofficial definition of a recession, historically markets tend to perform considerably better than average after those periods, Hickey adds. He also notes that typically when investor sentiment is very negative — which, as previously mentioned, we saw in recent months — longer-term returns tend to end up better than average.

“From a longer-term view, you could feel more comfortable adding exposure to the equity market,” Hickey says.

Overall, there never is an all-clear signal that is sounded over the markets, Stoltzfus concludes.

“There is always the potential for volatility, so that’s why it’s important for investors to diversify and seek out quality investments, and understand what they own.”

How Inflation Should (and Shouldn’t) Change Your Investing Strategy

The way to Apply for FAFSA