Brands Made a Ton of Promises to the LGBTQ+ Community This Summer. Have Any Delivered? 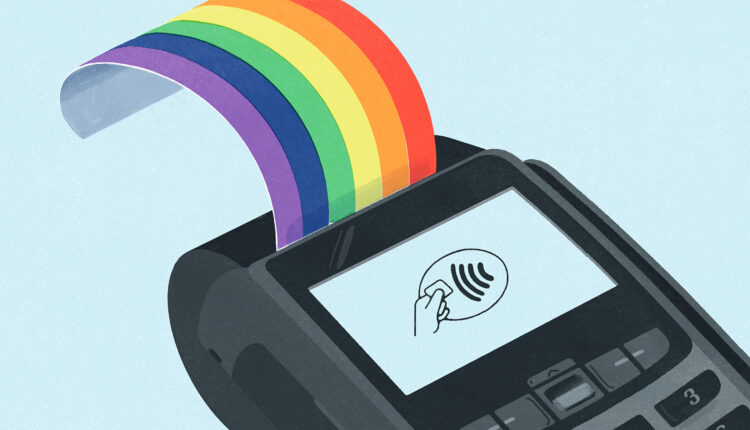 Pride Month 2022 is still in the rearview, but for many brands, corporate advocacy for LGBTQ+ communities has already been shelved until next year.

It’s a familiar scene: Every June, an abundance of companies — and there seem to be more and more each year— roll out the rainbow logos, and a “come as you are” marketing strategy designed to sell everything from Skittles to vodka. Once the party’s over, that “support” often comes to a screeching halt.

Genuine allyship is an ongoing commitment — especially when the stakes are so high. New legislation threatening LGBTQ+ Americans is popping up nationally. Florida’s “Don’t Say Gay” law, which limits discussion of sexual orientation and gender identity in public schools, went into effect on July 1. In the wake of Roe v. Wade’s dismantling a week prior, Supreme Court Justice Clarence Thomas argued that the court “should reconsider” the currently codified rights to same-sex relationships, same-sex marriage and contraception access.

All things considered, an audit of corporate allyship feels urgent. Which brands waving rainbow flags a few weeks ago are actively lifting up LGBTQ+ folks today, and which were just in it for queer cred?

More importantly, how can you tell the difference?

There’s a catchy phrase for companies that use Pride month for capital gain while doing little, if anything, to actually support LGBTQ+ people. It’s called “rainbow washing.”

This happens in varying degrees. Some companies hawk Pride-themed merchandise while simultaneously funding the campaigns of anti-LGBTQ+ politicians; others present as pro-Pride while counting few (or no) queer and trans employees in their company.

The fact is, there’s plenty of money to be made by marketing to LGBTQ+ Americans — according to the nonprofit Pride Co-op, the buying power of this community hit $1.4 trillion in 2021. Many companies “are hijacking the celebration … for transactional value,” says Diane Primo, founder of Purpose Brand Agency. “That is, I’m going to sell you something, and you’re going to give me money, and that’s it.”

Walmart, for one, has a “Pride & joy” landing page chock-full of rainbow merch, but no real info about where the bulk of its proceeds are going (except, presumably, to Walmart).

And while a Walmart press release says it donated $500,000 this year to the grassroots LGBTQ+ organization PFLAG, it’s missing from the running list of brands (284 as of this writing) that have signed the Human Rights Campaign’s (HRC) “Business Statement Opposing Anti-LGBTQ State Legislation.” Meanwhile, in Arizona, where Walmart is headquartered, close to 30 anti-LGBTQ+ bills have been introduced this year alone. (Walmart provided Money with information related to its 2021 LGBTQ+ allyship initiatives, but did not accept our request for an interview regarding ongoing projects).

Maybe one of the most memorable Pride campaigns of late was Verizon’s “Love Calls Back,” which encouraged reconnections in families with strained relationships to LGBTQ+ members. The wireless company partnered with PFLAG for the 2019 debut, and to this day, Verizon remains a corporate partner of the org.

The company also touts its strategies for workplace inclusivity, which includes an employee resource group called PRISM through which the company offers opportunities for outreach and volunteering, youth crisis counseling, and more. Yet Verizon hasn’t been so vocal about its donations of more than $500,000 to anti-LGBTQ+ politicians, according to a 2022 report from Popular Information. This is less than donations from some other wireless companies (ahem, AT&T). Still, the donations fly in the face of the “inclusive world” Verizon’s forward-facing rhetoric promotes. (Verizon did not respond to Money’s request for an interview).

More recently, Pop-Tarts — a Kellogg’s brand — called in LGBTQ+ artist Thaddeus Coates to design a limited-edition Pride Box. This endeavor was created alongside NEON, a GLAAD subsidiary that works specifically to uplift the Black LGBTQ+ community. Grants of $10,000 each were awarded two a Bronx-based literacy advocacy group, a grassroots LGBTQ+ org, a queer and POC-owned bar in Chicago and an independent bookshop in California that specializes in media showcasing stories of Black women, femmes, and gender-expansive people. A portion of the Pride Box sales also went directly to these initiatives, and Pop-Tarts itself contributed $100,000 to GLAAD.

But the Kellogg Company has acted contrary to its purported values too. Like many corporate political action committees, Kellogg’s PAC has given generously to both Democrats and Republicans — with many of the latter running openly anti-gay campaigns. In the current election cycle, Kellogg’s PAC has donated 36% more money to the GOP than to Democrats, according to the campaign finance nonprofit Open Secrets.

Unlike Walmart, Kellogg has signed HRC’s statement opposing anti-LGBTQ legislation. But according to Open Secrets, its PAC is also a recent benefactor of three Republican state representatives who voted against protecting same-sex marriage this past July: Troy Balderson (Ohio), Bill Huzienga (Michigan) and John Moolenaar (Michigan).

In an email response to questions, Kellogg emphasized its commitment to “equality, diversity, and inclusion;” citing both its employee benefits offerings (which include domestic partner benefits and adoption benefits) and corporate partnerships with LGBTQ+ organizations like GLADD. The company declined a formal interview.

Which brands are doing it right?

Let’s make one thing clear: Few, if any, corporations are flawless allies.

There are some companies that go beyond colorful public imagery to act as real allies — but it’ll take a little due diligence on your end to separate what a company says it does for LGBTQ+ folks vs what it actually does.

You should look for companies that:

Donate generously to LGBTQ+ organizations, especially smaller nonprofits and collectives that make a direct, local impact.
Have an inclusive workplace culture
Promote positive and varied representations of LGBTQ+ people in their year-round advertising campaigns (and not just during Pride month.)
Don’t give money to anti-LGBTQ+ politicians

Finding a big company that ticks every one of these boxes isn’t easy (though a handful of brands, like Levi’s and Sephora, are noteworthy exceptions). But there are lots of smaller, LGBTQ+-owned shops that are plenty worthy of your dollar. Annual lists compiled by LGTBQ+ publications like Autostraddle, Everywhere Is Queer, and Etsy’s queer-owned business tag are all good places to start. Goodbuy, a browser extension that points you in the direction of products that align with your values (and away from big box retailers), is another stellar option.

Shopping consciously doesn’t have to mean swearing off every well-known brand you’ve ever given money to. Over 800 businesses earned a 100% rating from HRC’s 2022 Corporate Equality Index, including household names like Amazon and Adidas. That doesn’t mean those companies—or their voting records—are perfect, but since HRC keeps tabs on things like diversity training, domestic partner benefits and transgender-inclusive benefits, it does indicate progress.

When in doubt, try looking into a company’s workplace culture yourself. Is it showing up to LGBTQ+ career fairs, and actively working to hire folks from the community? Does the employee handbook have guidelines around gender-affirming restrooms and dress code policies? These considerations are particularly important for companies like Walmart and Amazon that rely heavily on young, hourly wage workers. (Trans youth face more challenges when job-seeking than cisgender youth, according to Victoria Kirby, Deputy Executive Director at the National Black Justice Coalition.)

Likewise, Employee Resource Groups for LGBTQ+ workers — where discussions can be had internally about the quality of life at work — are a good sign. A lack of marginalized people at the top of the organization — managers, board members, CEOs, and so on — is a bad one.

Another route of investigation? Google a company’s name and “LGBT,” and see what pops up. When a company discriminates against a marginalized group—or gives money to a politician who does so—the internet typically swoops in and does its thing, letting all of social media know that just because a brand markets itself as pro-LGBTQ+ doesn’t mean it’s actually pro-LGTBQ+.

Companies can be a force for positive change, says Mila Jam, a musician and Senior Advisor of Global Trans Initiatives at Out Leadership. But adding a rainbow logo to a once-a-year ad spot isn’t the end goal.

Corporate allyship “doesn’t end with a conversation,” Jam says. “It ends with action.”

How to Actually Support Black-Owned Businesses

Every Brand Wants to be ‘Woke.’ Ben & Jerry’s Actually Is

The Faces of Personal Finance Are Changing, and These Trailblazers Are Forging a More Inclusive Path

Betting big on Web 3.0? Here are three cryptocurrencies to watch