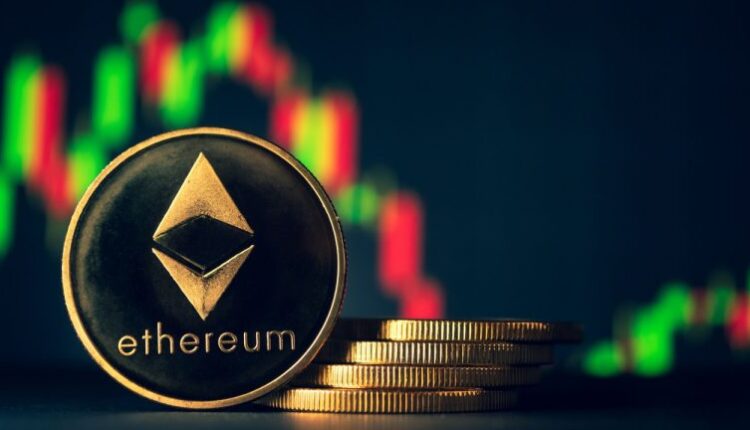 Ethereum was once again trading below $1,900 during Thursday’s session, as the Ethereum Foundation clarified speculation surrounding The Merge. It was recently rumored that the move will reduce gas fees, however these claims were somewhat dismissed. Bitcoin was also lower, as it continued to trade below $24,000.

Bitcoin (BTC) fell lower for a fifth straight session, as the token moved closer to a price floor at the $23,030 level.

Thursday saw bitcoin slip to an intraday low of $23,243.35, which is the weakest point it has traded at since August 10.

The move comes as the 10-day (red) moving average has finally shifted its direction, and now seems to be downward facing.

As of writing, BTC/USD is down almost 5% from the same point last week, with price strength also tracking at a three-week low.

Looking at the chart, the relative strength index (RSI) is now tracking at 51.84, which comes following a breakout of the support point at 53.66.

Should bulls look to take BTC back over $24,000, then price strength will need to rise, sending the RSI above this floor.

ETH/USD hit a bottom of $1,823.53 earlier in today’s session, as the Ethereum Foundation commented on recent rumors surrounding The Merge, and its potential impact on gas fees.

In a blog post, it was stated that, “Gas fees are a product of network demand relative to the network’s capacity. The Merge deprecates the use of proof-of-work, transitioning to proof-of-stake for consensus, but does not significantly change any parameters that directly influence network capacity or throughput.”

Traders who recently bought the rumor, helping send ETH to a three-month high earlier in the week, now seem to be slowly retreating.

As of writing, relative strength on ethereum was also down, as the RSI fell below a support point of 60.32

The index appears to be attempting to reenter this point today, and is currently tracking at 59.70. ETH/USD is trading marginally higher at a point of $1,854.84 as of writing.

Do you expect further declines in ethereum this week? Leave your thoughts in the comments below.

Coinbase Could Be a Material ‘Beneficiary’ of Ethereum’s Merge Transition, JPMorgan Analyst Says