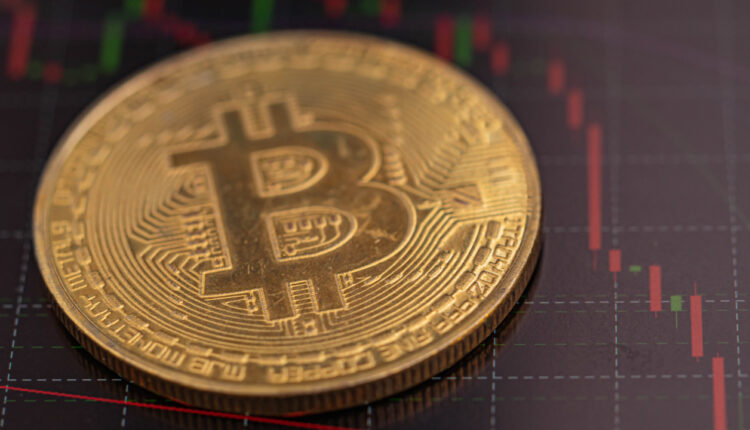 Bitcoin started the week in the red, as Monday saw prices fall for a second consecutive session. Following a recent run towards $22,000, the world’s largest crypto dropped below $21,000 earlier today, with ETH slipping below $1,200.

Bitcoin dropped below $21,000 on Monday, as prices continued to slip, following a recent encounter with a key resistance point.

Since hitting its resistance level of $22,070 on Friday, BTC has fallen for three straight sessions, with today’s decline hitting a low of $20,395.39.

This move saw the token fall from an interim support point at $20,500, which usually is one of the last remaining defenses preventing price from falling below $20,000.

Should bearish momentum continue, not only could we see the $20,000 mark broken, but bears will likely target a floor of $18,845.

Price strength seems to be heading in that direction, with the 14-day RSI fast declining toward its own floor at 37.90.

One thing to note, however, is that the 10-day moving average has now crossed with its 25-day counterpart, so should we see an extension of this cross, then bullish sentiment may return.

Bullish sentiment was nowhere to be seen for ETH, which saw its own gains die down, soon after hitting a high of $1,187.87 on Sunday.

The world’s second-largest cryptocurrency fell to a floor of $1,139.91 on Monday, as price moved to a lower low for the fourth straight day.

As of writing, prices have somewhat risen, with ETH/USD now trading at $1,147.49, with relative strength tracking at floor.

Looking at the chart, the 14-day RSI indicator is tracking near its long-term support point at 41.10, following a recent failed breakout of a ceiling at 49.40.

Momentum seems to have shifted, with bears now controlling sentiment, despite a similar crossover of moving averages to that of bitcoin’s.

Ahead of this week’s FOMC meeting, it will be interesting to see if prices consolidate, or rally, ahead of an expected 75 basis point interest rate hike.

Do you expect a Fed hike to impact crypto prices? Leave your thoughts in the comments below.