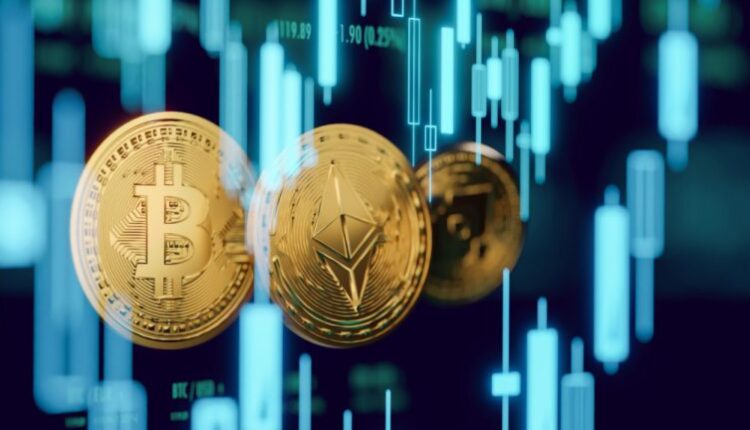 Bitcoin and ethereum were both trading higher on Wednesday, as global financial markets reacted to the tensions caused by U.S. House Speaker Pelosi’s visit to Taiwan. The price of gold dropped by nearly $40 late on Tuesday, after securing a one-month high, while the S&P 500 also faced a turbulent session.

Bitcoin (BTC) was trading higher on Wednesday, as prices of the token rebounded following five days of consecutive declines.

This surge comes as bulls were able to prevent a breakout from a support point of $22,600 yesterday, which would have likely triggered a move towards $20,000.

However, as global markets react to yet more geopolitical tensions, volatility seems to be set to push bitcoin back towards its recent resistance level.

This point is at the $24,200 region, and could be the next target for BTC bulls, should today’s momentum extend throughout the remainder of the week.

Price strength has also rebounded, with the 14-day relative strength index (RSI) hovering above its floor of 53, currently tracking at 56.

In addition to bitcoin, ethereum (ETH) was also back in the green, following the return of bullish momentum to crypto markets.

Similar to BTC, today’s rebound comes as bulls swiftly recaptured a support level of $1,620 on hump day, following a false breakout on Tuesday.

Since then, pressure has intensified, and like on bitcoin, the 14-day RSI has moved below a support point of its own.

As of writing, the relative strength index is now tracking at 61.61, after its own floor of 58 was tested by bears during yesterday’s selloff.

Should both of these floors hold, it is likely we could see ETH move towards $1,800 in upcoming sessions this week.

Will ethereum continue to rally, following today’s rebound in prices ? Leave your thoughts in the comments below.

Solana Suffers Exploit — Close to 8,000 SOL-Based Wallets Have Been Compromised