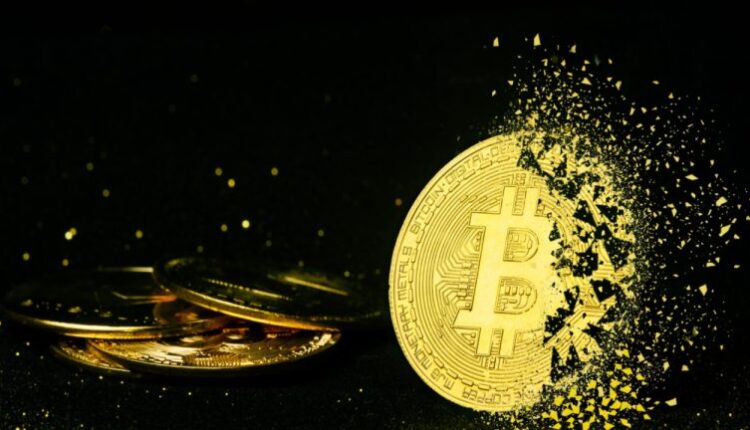 Bitcoin was trading marginally lower to start the week, as prices of the token fell lower for a fourth consecutive session. The world’s largest cryptocurrency has suffered from increased market volatility, following last Saturday’s surge to a six-week high above $24,000. Ethereum was also in the red on Monday.

Bitcoin (BTC) was trading in the red to start the week, as markets fell for a fourth consecutive session on Monday.

Following last Saturday’s peak of $24,678, which saw BTC/USD hit its highest level since June 13, the token has fallen in back-to-back sessions.

This latest decline saw bitcoin hit a bottom of $22,994.61 earlier in the day, cementing a five-day low in the process.

Bearish sentiment appears to have begun following the breakout attempt, where bulls were unsuccessful in keeping prices above $24,400.

This comes as price strength hit a ceiling of its own at 62 via the 14-day relative strength index (RSI), which seems to be the primary reason behind the recent decline.

In addition to bitcoin, ethereum (ETH) was also lower for a fourth straight day, as bearish sentiment continues to sweep through crypto markets.

Following almost a week of lower lows, prices now seem to be moving towards a support point of $1,620.

Like bitcoin, the 14-day RSI on the ETH chart was recently held at a resistance point, which then triggered this latest bearish downtrend.

As of writing, the relative strength index is tracking at 62.35, following a recent breakout of a floor of 63.

Should bearish pressure persist, the next floor on the indicator seems to be the 58 level, which may be a point that traders are now targeting.

Where will ethereum be by the end of August? Leave your thoughts in the comments below.

Central Bank of Honduras Warns About the Dangers of Using Cryptocurrency