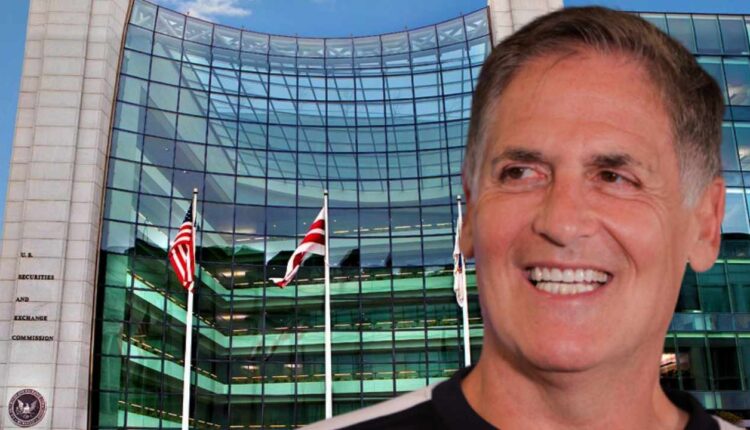 Shark Tank star and the owner of the NBA team Dallas Mavericks, Mark Cuban, has warned that the U.S. Securities and Exchange Commission (SEC) will come up with rules for token registration that will be “the nightmare that’s waiting for the crypto industry.”

Billionaire Mark Cuban, the Shark Tank star who owns the NBA team Dallas Mavericks, warned in a tweet Saturday about how the SEC will regulate crypto tokens.

His warning was in response to a tweet by U.S. Senator Pat Toomey (R-PA) who slammed the securities watchdog over its enforcement action against a former Coinbase employee where nine crypto tokens were identified as securities. Coinbase quickly disputed the allegation that it listed crypto securities.

Toomey noted that the enforcement action “is the perfect example of the SEC having a clear opinion on how and why certain tokens classify as securities. Yet, the SEC failed to disclose their view before launching an enforcement action.”

Cuban, whose net worth is about $4.7 billion, believes that the SEC will come up with rules on how to register crypto tokens that will be a “nightmare” for the crypto industry. He replied to Toomey: “Think this is bad? Wait till you see what they come up with for registration of tokens. That’s the nightmare that’s waiting for the crypto industry,” the Shark Tank star wrote. How else do you keep thousands of lawyers employed and create reasons to ask for more taxpayer money?”

Cuban’s tweet includes a link to a Youtube video of him attempting to submit a no-action letter to the SEC in order to ensure that a stock purchase he is about to make would not violate insider trading laws. However, the billionaire demonstrated that the process is highly complicated, emphasizing that it does not give investors confidence that they will not break the law. “What I found shocked even me,” Cuban wrote after going through the process as directed by the SEC.

“Most no-action letters describe the request, analyze the particular facts and circumstances involved, [and] discuss applicable laws and rules,” the SEC stated on its website. If the request for no action is granted, “the SEC staff would not recommend that the Commission take enforcement action against the requester based on the facts and representations described in the individual’s or entity’s request.”

Cuban has previously criticized the SEC for taking an enforcement-centric approach to regulating the crypto sector.

In August, the Dallas Mavericks owner called out SEC Chairman Gary Gensler on his “investor protection” focus. “If you were working on behalf of investors you make it easy for questions by investors and businesspeople to be asked and answered. You make it near impossible. Those [who] can’t afford lawyers can only guess,” he stressed.

The SEC recently came under fire for regulating the crypto sector by enforcement. Last week, U.S. Congressman Tom Emmer also slammed the SEC for “cracking down on companies outside its jurisdiction.” He asserted: “Under Chair Gensler, the SEC has become a power-hungry regulator, politicizing enforcement, baiting companies to ‘come in and talk’ to the Commission, then hitting them with enforcement actions, discouraging good-faith cooperation.”

Do you agree with Mark Cuban? Let us know in the comments section below.

Japanese Bank SMBC to Foray Into NFT and Web3 Markets