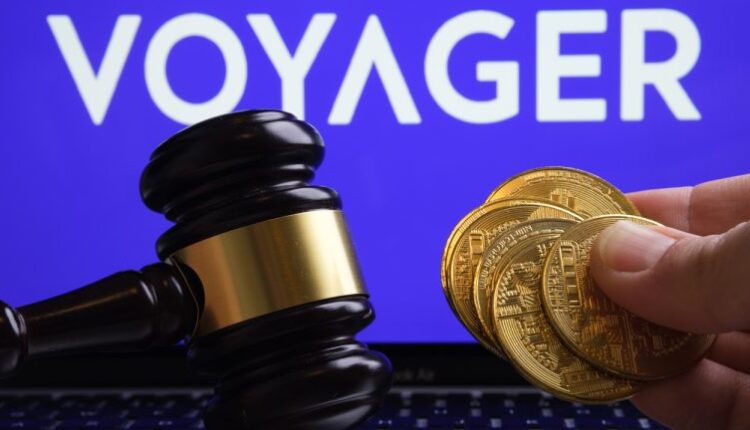 The now defunct and bankrupt Voyager Digital has been approved by the court to distribute $270 million in funds to creditors and affected customers. The news follows the Federal Deposit Insurance Corporation (FDIC) and the Federal Reserve Board ordering Voyager to remove any statements that allege Voyager is FDIC insured. The U.S. Bankruptcy Court in New York and Judge Michael Wiles have allowed Voyager’s custodian, Metropolitan Commercial bank, to release the $270 million.

The TSX-listed crypto exchange Voyager Digital (OTCMKTS: VYGVF) revealed at the end of June that the hedge fund Three Arrows Capital owed the company $655 million. Then on July 1, 2022, Voyager suspended trading, deposits, and withdrawals in order to deal with turbulent crypto “market conditions.”

A week later, Voyager filed for bankruptcy protection after citing “prolonged volatility and contagion in the crypto markets.” Voyager shares exchanged hands at the stock’s peak in April 2021 at $29.86 per share, and today’s shares are swapping for $0.34 per unit.

MCB explained to the WSJ that it held the $270 million when Voyager filed voluntary petitions for reorganization under Chapter 11. At the end of July, founder and CEO of the crypto exchange FTX, Sam Bankman-Fried, detailed that FTX was offering early liquidity to Voyager customers.

Celsius customers recently pleaded with the bankruptcy judge to release funds held on the platform. One client said it was an “emergency situation” as he needed his money to “simply to keep a roof over my family and food on their table.”

It is estimated that Voyager will complete the bankruptcy process by the end of September 2022, but there’s allegedly $1.3 billion worth of crypto stemming from 3.5 million customers stored on Voyager’s platform. CNBC reported on August 3, that Voyager’s CEO Steven Ehrlich obtained more than $30 million by selling Voyager equity in February and March 2021.

While Voyager is a publicly traded firm, last year it adopted an automatic securities disposition plan (ADSP) on December 31, 2021, after Ehrlich’s equity sales. CNBC’s Rohan Goswami reports that on January 20, 2022, Voyager’s CEO removed the ADSP structure. Voyager Digital also had a deal with the Dallas Mavericks and business relationships with Genesis Global Capital and Galaxy Digital.