Bank Interest Rates Are Finally Climbing. How High Could They Go? 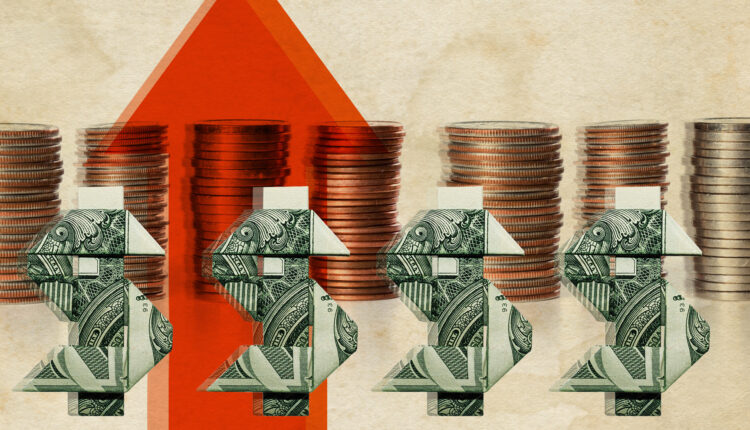 Although mortgage and credit card APRs are marching higher with no end in sight, the silver lining of rapidly rising interest rates is that savers are finally in a position to earn better returns on CDs, money market accounts and funds, and even on plain-vanilla savings accounts.

To be sure, this isn’t exactly great news when the prices for everything from housing to haircuts seem to be spiraling out of control. But after years of getting practically zilch for your money, it’s at least a small consolation prize as banks use this opportunity to grab market share.

How high could interest rates go?

If the fed funds rate (the benchmark rate from which nearly all other interest rates are derived) tops out around 4%, which policymakers’ projections indicate is the most likely case, that suggests money market rates will come close to that threshold, he says.

“If you shop around, usually you can get something close to the bottom end of the target for the federal funds rate,” he says. Currently, the target range is 1.5%-1.75%.

While the Federal Reserve’s rate-setting decisions are always the cause of great speculation on Wall Street, there is broad agreement that rates are going to keep rising — possibly by more than bank customers have seen in quite some time.

According to the CME FedWatch Tool, which tracks market expectations of movement in the fed funds rate, there is a roughly 23% probability that it will end the year at 3.75% or higher. Chances are, there will be another rate hike after the Federal Open Markets Committee meeting concludes Wednesday.

What does this mean for savings accounts and CDs?

Hatfield says CD rates, especially longer-term ones, aren’t likely to move as fast or as far as money market rates, but savers should see returns continue their upward trajectory.

“Short-term CDs would match the money market funds,” he says. “Say, six months to a year and a half would be kind of close to the fed funds rate, but the longer you go out, the longer rates won’t rise that much.”

When it comes to ordinary savings accounts, Hatfield says, “It’s going to vary a lot by institution, but they should track money market accounts — but lower, because they have lower minimums.”

The caveat, Hatfield says, is that you almost certainly will have to do some online legwork to get the best rates regardless of how you want to hold your deposits. “A lot of the larger national banks have excess deposits,” he says, which means they’re less inclined to pay competitive yields even as rates rise.

You’re likely to have better luck at smaller institutions: Regional banks, community banks and credit unions all rely on customers’ money to a greater degree than their larger brethren.

Online banks and bank-like fintech startups also tend to offer higher rates of return, although some may have limitations on how much you can deposit at the top rate or might make you jump through hoops to earn it, so take a minute to wade through the fine print before opening an account. And always, especially in the case of startup “neobanks,” verify that your money is held in an FDIC-member institution, which will protect you if the site or app folds.

For savers, the best news in this silver lining is that rates aren’t expected to crater the way they did two years ago. “If we have a recession, short rates would come down, but they’re extremely unlikely to come down to pandemic levels,” Hatfield says.

4 Tips for Investors After the Fed’s June Rate Hike

Latvian Artist Threatened With Prison for Money Laundering Through NFTs