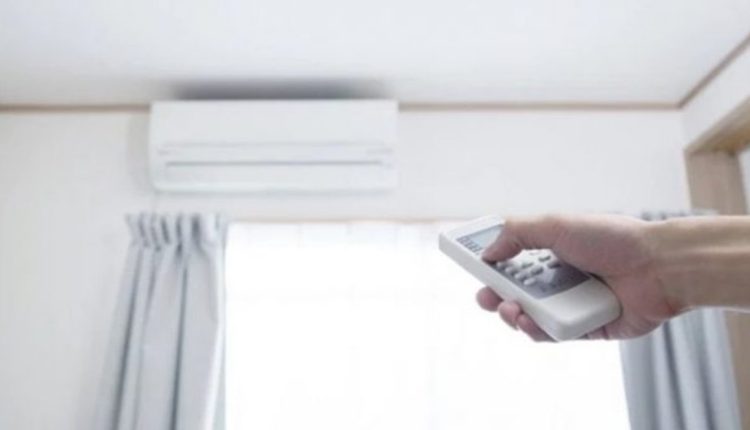 The early arrival of summer and the subsequent heat wave have led to soaring demand for residential air conditioners, with manufacturers such as Voltas, Panasonic, Hitachi, LG and Haier posting record growth sales in April.

The sales have also been boosted by pent-up demand and a low base of April last year when businesses were impacted by the second wave of COVID-19 pandemic. This year the AC sales have crossed the pre-pandemic levels in April 2019, according to industry players.

“In the month of April 2022, the AC industry has witnessed unprecedented growth over last year, due to a very strong summer, and a low base of 2021. We have witnessed high triple-digit growth across the sector,” Voltas managing director and CEO Pradeep Bakshi told PTI.
The company, which is an industry leader, witnessed “unprecedented growth” and almost touched the volume level of April 2019, which was also one of the hottest summers of the decade, he added.

“We are confident that the industry will continue to outperform the last two summers during the rest of this summer,” Bakshi said.
Similarly, Panasonic India said it has witnessed a “record demand” for air conditioners and sold over 1 lakh units during the month.
“We have been seeing record demand for air conditioners. This April, Panasonic India sold over 1,00,000 units, a growth of 83 per cent over last April (2021) and a 67 per cent growth over April 2019. We would attribute this phenomenal growth to pent-up demand and early onset of the summer season,” said Gaurav Sah, Panasonic India Business Head, Air Conditioners Group.

The company is hoping to see an overall 30-35 per cent growth this summer vs FY19 for room ACs, he added.
Johnson Controls-Hitachi Air Conditioning India, which sells residential AC under the Hitachi brand, said its sales had almost grown more than double in April over last year, and the company is “optimistic” about achieving a record Rs 1,500-crore sales during the peak season in the segment.
The company expects a big chunk of sales to come from smart ACs and inverter-based ACs, said Johnson Controls-Hitachi Air Conditioning India chairman and managing director Gurmeet Singh.

When asked about year-on-year (YoY) growth in April in comparison with last year, Singh said: “Last year being Covid-hit and many markets under lockdown, sales were impacted substantially. The sales, however, were much better than in April 2020. We have grown more than 110 per cent over last year.” Similarly, Haier Appliances India has recorded a YoY growth of over 50 per cent in March and over 100 per cent in April in the air conditioners segment, said its president Satish NS.

“Buoyed by the intense summer season this year along with the pent-up demand of the last two summers, we have been witnessing a greater demand this season for our air conditioners across India. At Haier, we have garnered a YoY growth of over 50 per cent in March and over 100 per cent in April in the air conditioners segment,” he said.

However, the manufacturers are also worried about the rise in input costs, and there could be a price revision by some of them this month.
“While there is continued pressure on input costs, we are working to minimise the impact on consumer pricing,” said Panasonic’s Sah, adding, “The bigger challenge is product availability itself due to unstable global supply situation.” LG India also said it is witnessing a “robust growth” in AC sales this season and has seen higher than expected growth in April.

“We are witnessing robust growth in AC sales this season due to rising temperatures. Especially there is good demand for 5-star rated products. In April, we witnessed higher than expected growth and strengthened our market leadership with product portfolio developed based on indian consumer insight and technology leadership,” said Deepak Bansal, VP – Home Appliances & Air Conditioners, LG India.

According to the Consumer Electronics and Appliances Manufacturers Association (CEAMA), the Indian residential AC market is expected to be around 7 to 7.5 million units and more than 15 companies operate in the space.

The segment is still highly dependent on imports with an average of 25 per cent local value addition only. The government had last year approved 26 applications for manufacturing of components of the air conditioner with a committed investment of Rs 3,898 crore under the production-linked incentive scheme.

CRO token down 12% after Crypto.com reduces rewards on Visa Cards